The next generation of Christian writers was acknowledged at the Press Services International “2019 annual young writer's” conference held last Saturday at the Craigieburn Salvation Army.

These emerging young Christian writers were acknowledged for submissions they made to a PSI competition aimed at encouraging the next generation.

Three writers from Waverley Christian College, Melbourne, were awarded for their submissions.

Second place, Esther Sarvananthan (year 8) wrote a piece titled, “The PreachersnSneakers Instagram: Should Church leaders be conscious of what they wear?’ It looked at current social media conversations about profile preachers and the expensive clothing they wear.

These emerging writers from Waverley Christian College received mentoring through the College’s English Faculty and journalism program. Their award includes publication of their articles in Christian Today Australia and a regular writing position with PSI’s Young Writers Program when they turn 18.

The Conference gave these students an opportunity to meet members of the Christian Media and hear from various speakers in these ministry. 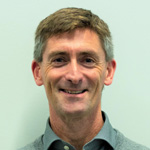 Jeremy Dover is a former sports scientist and Pastor Jeremy Dover's previous articles may be viewed at https://www.pressserviceinternational.org/jeremy-dover1.html