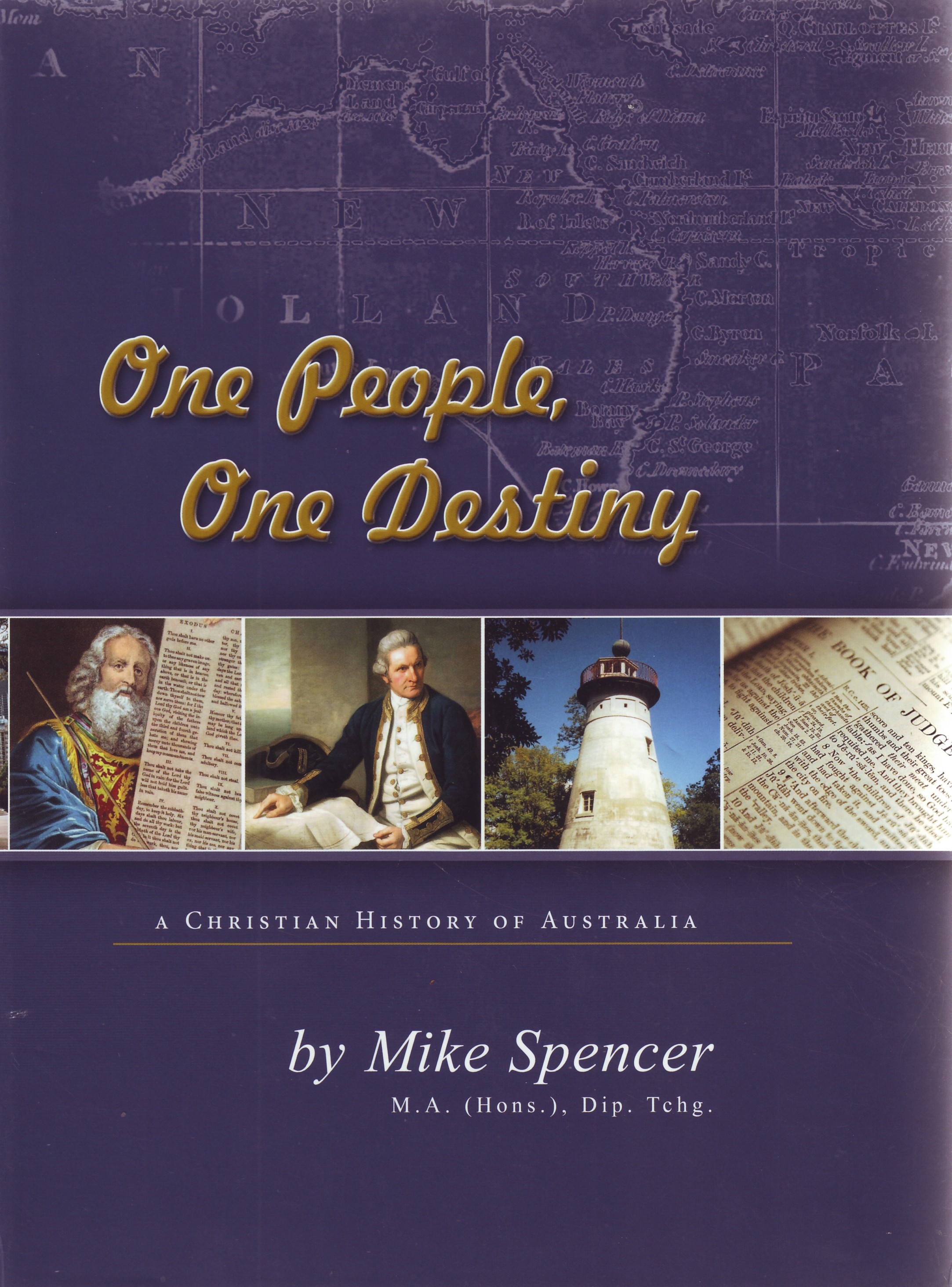 Photo   -   One People, One Destiny: A Christian History of Australia

Mike Spencer M.A. (Hons), Dip.Tchg is the author of this wonderful book, “One People, One Destiny: A Christian History of Australia” To watch video blogs, or to order copies of his books, visit his Facebook page or website www.mikespencer.com.au.

I asked Mike Spencer to write a review:

Throughout the Old Testament and into the New, men of God constantly reminded the Israelites of their heritage; of how God had led and guided them.

As the writer says in Psalm 105: “Talk of all His wondrous works . . . Remember His marvellous works which He has done.” The object was always to remind the people of the blessings that would follow obedience and the harm that would follow disobedience.

Sadly, our Western civilisation is fast moving down the slippery slope. One has only to watch the daily news reports to realise the truth of this statement. The reason this has taken place is not too hard to find. Our Judaeo-Christian foundations are gradually being knocked down, one by one: marriage, the family, honour and respect, even the sanctity of life itself, are all being branded as outdated and in need of redefinition.

The Australian historian, Geoffrey Blainey, has stated in his book A Short History of Christianity that “Christianity probably has been the most important institution in the world in the last 2000 years.” Blainey goes on to list all the aspects of modern western society that have been impacted by Christianity.

The list is impressive, and it includes such things as social welfare, health care, education, science, the role of women, the status of the family, the rise of capitalism, and freedom of expression. Even our modern system of democratic government owes a lot to Christianity and its emphasis upon the equality of all men and women in God’s sight.

You would think that, since it has played such a vital role in our history, Christianity would be taught as a foundational study in our schools and universities. But, in fact, the very opposite is true. Christianity is, at best, ignored, and, at worst, ridiculed and denigrated. “We have educated ourselves into imbecility,” commented the English journalist, Malcolm Muggeridge.

This condemnation applies right across the board – politically, economically, socially, morally, and even legally. Laws are being passed today that make a mockery of the statement by Sir Edward Coke that “If the judgements of Parliament are not consistent with the Ten Commandments, then they are invalid.” Coke was Chief Justice of England in the early 1600s. 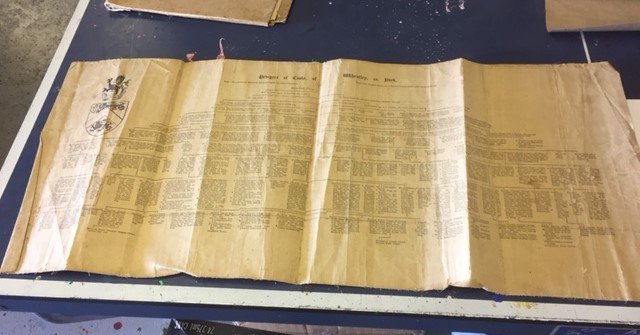 In their recent book The Fountain of Public Prosperity, Stuart Piggin and Robert Linder state that “Australia’s Christian heritage has not so much been lost as never been found.” Mike Spencer’s book One People, One Destiny: A Christian History of Australia seeks to find that heritage. It challenges the portrayal of Australia's development since European settlement in 1788 that fails to tell the Australian Christian story.

Starting from Australia’s British and Biblical foundations, it analyses the role that Christianity has played in Australia’s history up to the present day, and highlights many of Australia’s great heroes and heroines of the faith. It is a comprehensive history, in full colour, with many illustrations, making it an ideal textbook for schools, as well as fascinating reading for both Christians and non-Christians.

This is author Mike Spencer’s first book. It grew out of his passion for sharing the truth with the people of Australia. George Orwell stated “The most effective way to destroy people is to deny and obliterate their own understanding of their history.” Derek Prince went further when he stated “I am persuaded that the root of the problem with most Christians is not a lack of will, but lack of knowledge."

It is hoped that by reading this book Australians will gain some knowledge and understanding that will help them live a more powerful and productive Christian life.

Mike Spencer’s second book Let the People Rejoice: An Interactive History of Christian Music is due to be published later this year.

It studies the history of music in the church, from Bible times right through to the present day, the relationship between music and some of the great events in church history, and the controversies that have arisen regarding the use of music in the church. It also looks into the lives of some of the great men and women of God who have contributed to our rich musical heritage.

A distinguishing feature of the book is the fact that it is interactive. This means that the reader is invited to interact with the content of the book by accessing certain songs, and either singing them or viewing them on websites such as YouTube.