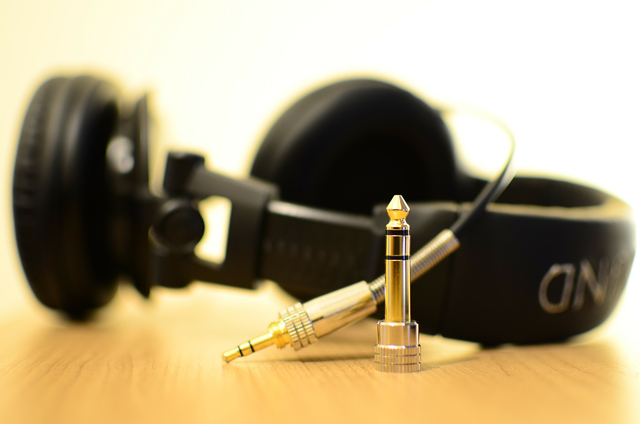 One of the most essential and simultaneously most neglected aspects of being in a relationship with Jesus Christ is hearing God’s Voice.

In my early teens I was set on fire with a passionate love for Jesus and a deep desire to serve Him. Why? Jesus spoke to me! It wasn't dramatic, audible or the kind of stuff you see in the movies where the heavens split open and a deep commanding voice speaks in perfect English. I had a personal encounter with Jesus. His Voice warms the heart, strengthens the arms, and sets our feet on solid ground.

This joy, fortification and peaceful centering is the right and precious gift to every believer. Our Spirits continually cry "Abba", "Come Lord Jesus Come!" Oh Lord our ears are thirsty for you! Here are some principles to guide you on this amazing path to hearing the Lord's Voice more.

1) Get away from the noise and open your heart.

The Lord spoke to me first at a youth camp in the hills of central Jamaica. No WiFi, no cell phones, but an environment of potent, focused worship and powerful biblical teaching. In early secondary school I use to watch the girl I liked, see what she liked, with the aim of becoming what she liked. I had given my life to the Lord at 7 years old but at 12 I was still nominal at best. He said "You see the way you watch the girls? I want you to watch me and become what I like".

I was a people pleaser. He challenged me and I committed to living fearlessly for Him, and not caring what people thought. He spoke and my life has never been the same. As I said yes to the Lord, my heart was infused with a deep seated passion for Him and for valiant purposeful Christ centered living. And I wanted to hear Him speak again.

He is the Lord who speaks, and I pined after His precious voice. I began to write my thoughts, lessons and my prayers in what would be called my "Jesus Book". In fact, prayer times would not only see me writing prayers but also what I believed the Lord's responses were. After all, building a relationship requires two way communication. We speak, He listens. He speaks, we listen; and so our relationship grows.

Insatiable I wanted deeper, more profound and frequent encounters with God. "Lord, speak to me!" Soon I didn't want to have to write, but I wanted to be able to tell what He was saying while walking on the road, while in the "field".

4) Err on the side of obedience

I remember yearning for the Voice of the Lord so much that once I believed He was saying I should pick up a bottle and throw it in the bin. I paused. Why would the Lord ask me to do that? I did it anyway. I reasoned that believing it was Him, and obeying would encourage Him to speak to me even more, even if it wasn't really Him. I committed to acting in faith and boldness, operating within the boundaries of biblical teaching.

It's not crazy to think God speaks to you. It's crazy to believe that the Lord who loves you enough to send His only Son to die a cruel death for you won't do something as basic as speak to you. Imagine yourself laying your life down for a friend. That friend is much more likely to be someone you could spend a lot of time with, in lengthy, interested conversation than someone you would decide to never speak to. Interestingly too, when you speak to your friend whom you love, if they respond with disinterest or nonchalance then you are discouraged from speaking again.

In the same way, when the Lord speaks and we respond with a trivial shrug, and a nonchalant wave, we discourage further engagement. When we are excited to hear his Voice, when we treasure His Words like the nobles value the words of their king, or a wife counts her husband's love letter as precious, we encourage more conversation. This principle applies to His presence as well. We are here to treasure Him.

6) He speaks in many ways, pay attention.

The Lord can speak through His written Word. It is living and active and can jump off the page and apply to the situation you are facing now. This may be through your own devotional time or through the preaching of the Word. He can speak through other believers, who may be prophetic or just normal believers who like you are pursuing the Voice of the Lord. (We must always test every Word that comes in the name of the Lord.) He can speak to you giving you an inner prompting, a deep sensing of His Spirit. He can speak to you in a dream or vision.

This will increase as the end of the end times draws nearer (Joel 2), and the interpretation and proper application is a skill itself. And finally, and probably most rarely He can speak to you audibly as well.

However He decides to speak to you, know that as a child of God He died in pursuit of a vibrant, passionate relationship with you. This must involve speech! You have direct access to God. The veil separating the Holy of Holies from the other parts of the temple has been ripped apart allowing us the immense privilege of diving fully into God! He speaks and His Voice makes a huge difference! 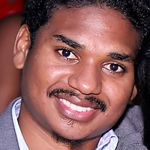 Dr. Daniel Thomas is a medical doctor, Christian Advocate and preacher who loves the Lord deeply. He currently leads a youth Christian organization called the Love March Movement which is committed to empowering the youth to fight for sexual purity and the family in Jamaica.