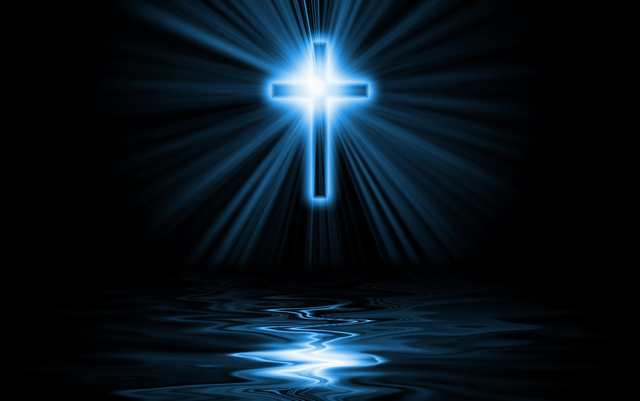 When we consider either contemporaries or historical figures whom we admire, we tend to gravitate to their lived vocations. Consider Paul, one of our greatest missionaries, or Charles Spurgeon, donned the Prince of Preachers. When they come to mind, we often perceive their legacy through their calling or vocation.

While their works are admirable, if we are not careful, this frame of mind can lead us to not only idolise others and hamper our faith, but it could also shipwreck us spiritually. Bear with me.

We live in a world of social media and comparisons. It is becoming dangerously easy to think less of ourselves within the space of a few seconds as we scroll through our newsfeeds. While we are continually reminded in church of the dangers of social media and our identities in Christ, we forget the very tendency to mimic this behaviour before the pulpit.

One need only remain in a local church for this to emerge. As people serve in different capacities, we begin to equate godliness with the tally of ministries we serve or the number of clocked hours at church in a week.

As we begin to think in this manner, we feel the tendrils of misplaced admiration and the growing pressure to mirror the same behaviour in an attempt to have the appearance of godliness ourselves.

But it doesn’t stop there. Our churches are filled, and beautifully so, with individuals determined to advocate for others. Large chunks of our congregations are easily comparable to a College of Health cohort.

Yet this is not the case for all, and so we compare our vocations outside of church. Some are deemed more noble than others. And so, we compare again, considering some more like Christ because of their profession.

This correlation between a Christian faith and a vocation of self-sacrifice is not foreign to the Gospel, whether the vocation is missions, preaching, high school teaching, or nursing. In James chapter 2, we are continually reminded of the importance of substantiating faith with action.

Throughout the Gospels, Jesus continually reminds His audience to not only hear His words, but to also obey. Yet, as someone who has often been on the receiving end of these comparisons, I feel we are gravely missing the point when we think more highly of others because of their ministry involvement or profession.

The Temptation of Self-Righteousness

In the 2008 film, Fireproof, Caleb Holt (Kirk Cameron) considers himself a heroic firefighter, striving to put others’ safety above himself. All the while, he is a deplorable husband through his unkindness, anger, and infidelity.

Yet, Holt’s profession blinds him to his moral wretchedness, and he remains convinced that because of his profession, his actions at home are excused.

If I’m being frank, the temptation to think this way plagues me every day. It is far too easy to assume that the societal belief that my profession is noble excuses my lack of humility before God.

In its steed, a form of self-righteousness can form, whereby, like Holt, one believes actions will always correlate to godliness. In Matthew chapter 19, verse 24, we are familiar with Jesus’ saying,

“Again I tell you, it is easier for a camel to go through the eye of a needle than for a rich person to enter the kingdom of God.”

While the literal interpretation is clear and the New Testament is littered with warnings regarding material wealth, C.S. Lewis’ commentary in Mere Christianity, paints a convicting warning for the church:

“You are quite likely to believe that all this niceness is your own doing, and you may easily not feel the need for any better kind of goodness. Often people who have all these natural kinds of goodness cannot be brought to recognize their need for Christ at all until one day, the natural goodness lets them down, and their self-satisfaction is shattered. In other words, it is hard for those who are rich in this sense to enter the kingdom.”

As Lewis reminds us, if we think highly of ourselves because of our actions, we are prone to self-righteousness and a misplaced sense of independence from the grace of Christ. It is not foreign for the world to ask the question: why should a good person be condemned to Hell?

We begin to assume that actions define and save us. Ultimately, we begin to create a works-based salvation whereby we feel justified because of our actions and service, rather than by the atoning death of Christ.

The Work of the Spirit

This realisation is a two-fold blessing. As we draw away from letting our vocation define us as Christians, we begin to remember our daily need for confession and grace to grow in Christ by the Spirit.

We are reminded that it is the Spirit who makes us like Christ, and our actions serve an outpouring of that process.

We are all incredibly in need of grace, regardless of how godly, noble, or Christ-like we may appear. Everyday, the Spirit reminds us that the only way we may grow in godliness is through His power alone. In this, we can rejoice. 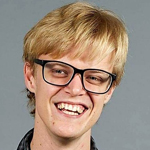 Hailing from North Auckland, Blake Gardiner sounds American, looks Swedish, but grew up in Laos. As an introvert, Blake lives life on the edge by socialising. When he isn’t putting his life at such risk, he enjoys reading theology and debating whether Interstellar is truly the greatest movie of all time.

Hailing from North Auckland, Blake Gardiner sounds American, looks Swedish, but grew up in Laos. As an introvert, Blake lives life on the edge by socialising. When he isn’t putting his life at such risk, he enjoys reading theology and debating whether Interstellar is truly the greatest movie of all time. He writes New Zealand Christian News as well as being a Christian Today New Zealand ‘Comment’ writer.