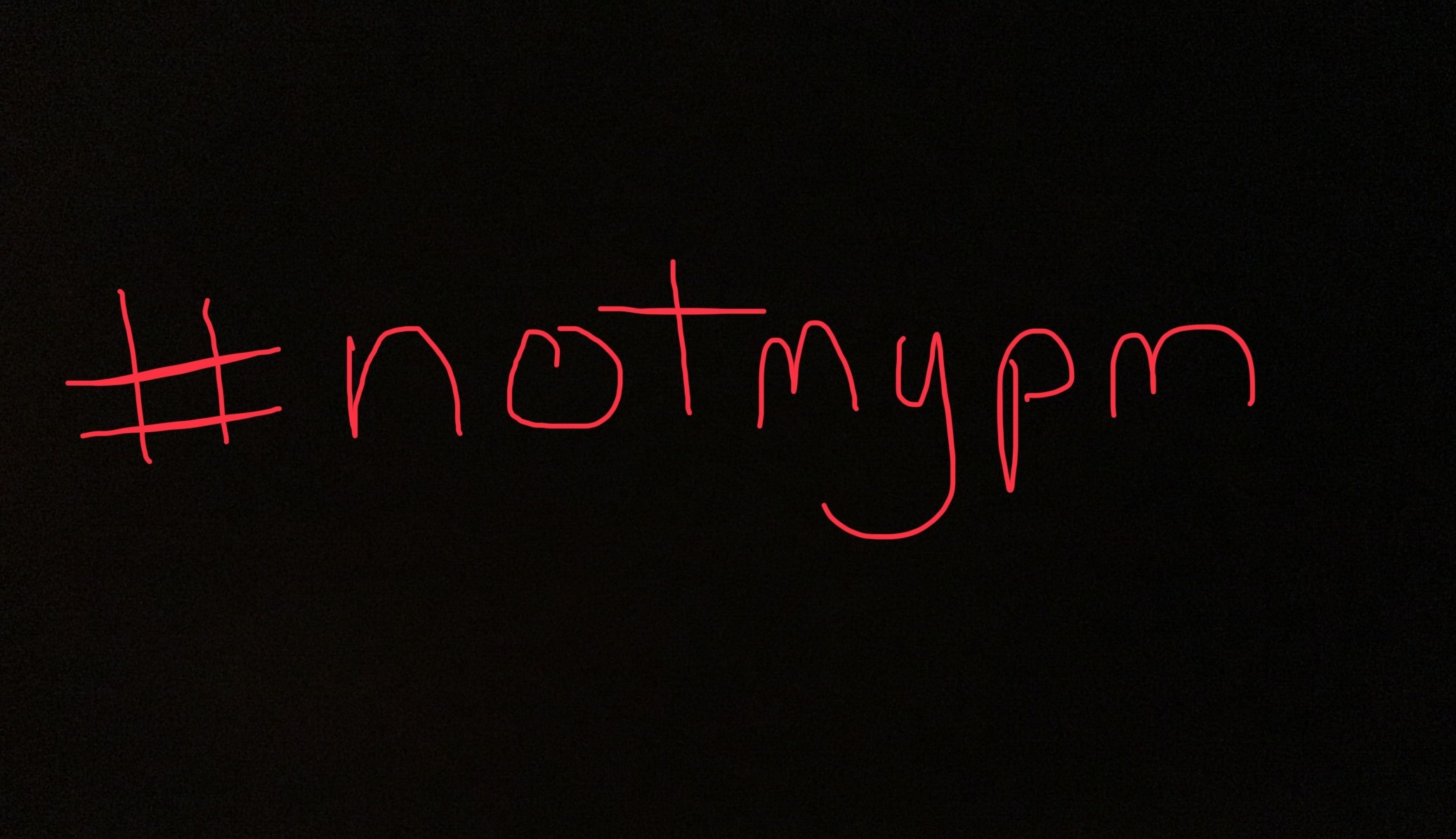 Recently, on my Facebook feed, there have been a lot of #notmyPM, as people showed their displeasure towards the Australian government in the way they have handled the fires.

However, this hash tag isn’t something solely reserved for the Aussies, you see it with any leader over various different issues. It isn’t just non-Christians (whom we can’t hold to the same standard) using this but people who would identify themselves as Christian believers. However, can we Biblically say a leader isn’t my leader because we disagree with them?

I am reminded of a time a few years ago when I was really struggling with the leadership in my area.  I more than disagreed with them. I rallied, I protested.  I sure did not vote for them and their policies were affecting my way of life.

The truth is that I had the problem, I was rebellious in my heart and I didn’t realize how bad it had gotten until my three-year-old started chanting in the car that “’name of leader’ has to go.” I nervously laughed and then I realized that I was discipling my children in my sin by teaching them they did not have to honor their leaders.

Nowhere in the New Testament are we given the right disrespect our leaders even though we may disagree with them. Peter, aware of that Nero (the leader at the time) was lighting Christians alive to use as human torches was inspired by the Lord to write verses such as 1 Peter chapter 2 verses 13 through 25 “be subject for the Lord’s sake to ever human institution, whether it be the emperor as supreme or the governors as sent by him to punish those who do evil and to praise those who do good for this is the will of God, that by doing good you should put to silence the ignorance of the foolish people….fear God. Honor the emperor…suffer for it you endure… for this you have been called.” God didn’t exempt first century Christians, so he certainly doesn’t exempt us today.

The verse doesn’t say that you are to only honor leaders you like or the ones you voted for.  As believers we have no right to use the #notmypm.  It is sinful behavior and for the sake of Christ we must stop.

Take heart that even if you didn’t vote for your leaders (as some are just appointed), we are reminded in Romans chapter 13 verse 1 that “there is no authority except that from God, and those that exist have been instituted by God.  Whoever resists the authorities resist what God has appointed.”

We don’t have the right to only follow our leaders or respect them when it is convenient for us, since God has put them in place for His own purposes.  Disobedience to the governing authority is actually rebellion against a holy God, it is sin and we need to address our sin issue more than correct the government.

What can we do?

First and foremost we need to examine our hearts and see if we have been submissive and honorable to our leaders, and if we haven’t, then we need to repent to God for our own actions for He is quick to forgive. Then as we examine 1 Timothy chapter 2 verse 1 to 3 and see that God urges us to make “prayers, intercessions and thanksgiving … for all the people, for kings and all who are in high positions, that we may lead a peaceful and quiet life, godly and dignified …. And pleasing in the sight of God.”

It is God honoring for us to pray for our leaders. All of them have fallen short of the glory of God, none are perfect, they all sin just like us. You are called to pray for your leaders.

If you disagree with their policy, that is alright.  You can publicly disagree with them with the respect and honor that is due to them as your leaders. You are to disagree in submissiveness. Name calling them or publicly referring to them as not your leader is not Biblical. We are called to a higher standard and through that people will be challenged by our faith. We are called to God’s standard not mans.

Write to them, start a petition about a policy but do it all in submission. Get involved in politics.  We need more Christian men and women willing to lead as they follow Christ.  Send encouraging notes to the leaders. It is heartbreaking to see what our leaders are called and the threats they get by some people, encourage them in the areas they are getting it right.

Meet your local leaders. Go take them for coffee, ask them how you can pray for them. Instead of taking it to Facebook to complain (which unfortunately is sin as well), we are to pray, write encourage, get involved.  Next time we want to claim our leadership is not ours, be reminded of whom placed them in that position, it was God and do we not trust him enough to know that he knows what is best.  Let us glorify our King by submitting to the leadership He has put in place.

Genevieve Wilson from Canada is a happily married pastors-wife who homeschools her 3 wonderful children, whose passion is to see people come to know Jesus.

Genevieve Wilson is Canadian. a happily married home-schooling mum of 3, whose passion is to see people come to know Jesus. She is a seminary wife to her amazing husband.