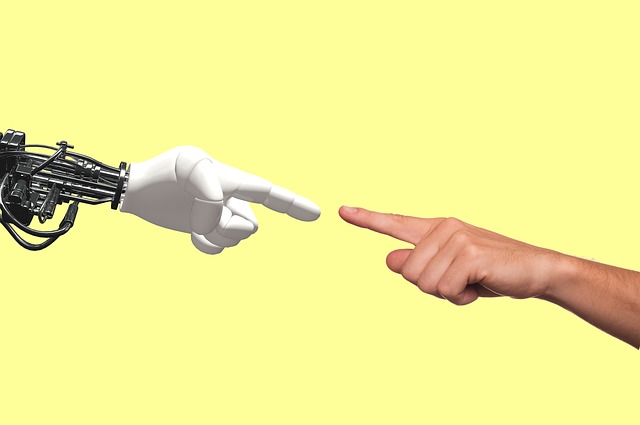 “My AI is designed around human values such as wisdom, kindness and compassion” - Sophia, the first ever robot with recognised citizenship.

A new robot has been granted honorary citizenship in Saudi Arabia. Stepping aside from the real questions about a society which provides more rights to robots than to women, the existence of Sophia raises a lot of questions. We live in a society that treats the potential of artificial intelligence dramatisations such as those presented by The Matrix or Bladerunner, dystopian, horrifying and conflict filled.

But Sarah raises a different set of moral questions. What does it truly mean to be human? What is it that intrinsically sets us apart?

Made in God’s Image

When we look at the opening pages of the bible, the creation narrative introduces us to humanity as distinct from the other flora and fauna which God creates. The narrative is structured in such a way to emphasis the creation of Adam and Eve, the human elements. Not only is their creation story retold twice, as though from different camera angles, but it is also told as the finale of creation.

So God created mankind in his own image,

in the image of God he created them;

male and female he created them.

Made in God’s image, made to glorify God, reflect him, remind people of him. The understanding of what it means to be made in God’s image, Genesis has been used as the basis for theological arguments against racism, to protect the unborn and elderly and to distinguish between cannibalism and carnivores. But how does it prepare us to deal with artificial intelligence?

When you look at Sophia, the first thing you will notice is how humanoid she looks. How realistic her face is, her individual eyelashes. Her smile. Everything except her machine-like head. She is clearly designed to reflect human features. She claims that her AI was designed around “human values” such as “wisdom, kindess, and compassion”. So how should we respond? What if their character is ultimately better than our own? Can they be forgiven by God?

This becomes immediately apparent when you consider the aspects of ownership. There is no human being that we can turn on and off. To suggest that this power dynamic mimics the relationships God has constructed between people is ludicrous. The issue of ownership and the very real possibility of creating sex shows that it is misguided to give personhood status to a robot with artificial intelligence.

To think that we can design and create our own human equivalent is actually quite a proud thought process. When we attempt to imitate the power of God to create life, we are attempting to raise ourselves to the same level as God.

The question of how we treat AI will continue to need to be addressed as the technology used to create them improves. In a similar way to the way we prioritise humans over animals, our response should be to prioritise humans over artificial intelligence. Whether this is financially, socially or politically, it’s important that as Christians, we specifically look out for the vulnerable in society. Plans to protect the people whose jobs are likely to be replaced, fighting against porn addiction and the damage that sex robots could do to individuals with sex addictions, protecting the democratic rights of individuals.

Ultimately, this care for the vulnerable should extend to the AI robots in our life, in the same way that it extends to the environment or animals.

Hannah is a media and communications student at Sydney University with a passion for excellent storytelling. She has been working as a social media assistant for a finance company and Sydney Anglicans, working to maintain their branding and design. While she is studying, Hannah also works as an account manager for an advertising company, providing her with a good understanding of both the business aspect and the creative side of the media industry.

Previously, Hannah had experience working with non for profit church and environmental groups which fuel her passion for the potential of online marketing to change people’s hearts and actions.