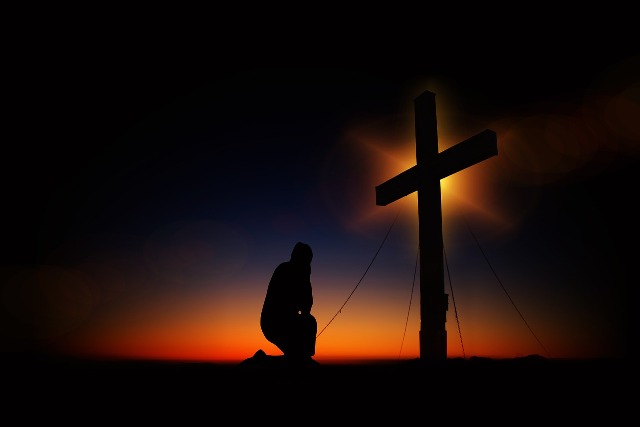 If anyone ever asked me what I would do if I had the power to time travel, I would respond with zeal and shouting, “I would go back to the days when Jesus walked the earth!” The power and faith that the disciples who walked with Jesus displayed was outrageously bold and insane. Rarely in this era do we find Christians with the audacity that biblical followers of Christ displayed. His parting words before He left His apostles were, “I am going away, and I am coming back to you.” (John 14:28)

It took me a while to really understand what this meant. Was Jesus leaving? After hours of reflecting, I realized Jesus was simply saying, “I won’t be with you PHYSICALLY anymore.” Yes, it’s that simple. He never really left. Two-thousand year later, the world is waiting on His return looking for signs and revelations when Jesus said, “I am already with you.” (John 14:28). But the church has lost its power, spark, and its and glory and the people seem as if they have grown tired of waiting. The church has become “business-like” in its approach towards God. Fewer miracles are happening and Christians spend too much time fighting other Christians. Has Jesus left? Has the bride grown tired of waiting for the bridegroom?

“It’s church as usual.” A popular phase I hear among members and non-members of the Christian faith. In biblical days, the church was led directly by the spirit of God (John 14:26). Many years later, a programme has it covered, dictating how long you should stay in worship, the length of the word of God, and even to extreme of getting specific chairs formal to a church setting. Where does the unpredictable power and might of the Holy Spirit fit in all this systematic procedure when the word of God warns us not to restrain the Holy Spirit? (Thessalonians 5:19) Like any business everyone wants to look their best. I am not against people looking their best, but the church has turned into Project Runway. When Eve sinned, she hid from God and told Him she was naked. I feel that many people in church are like Eve, hiding behind their insecurities and sin by wearing their Sunday’s Best, when church was meant for everyone to be open and naked to each other and what God is doing in their lives.

In biblical days, miracles were common with many records of people being instantly healed of deadly diseases and symptoms. From the blind to the cripple, and even the dead coming back to life, everyone was miraculously being healed. Why have miracles become so rare? Jesus said that those who followed Him will perform greater works than he did (John 14:12-14). The church has become like Lazarus especially when it comes to miracles. The world has become increasingly sceptic about the power of God, and more people are becoming atheist. It’s clear that so much has changed since Jesus walked the earth, but the word of God has lost its effect. People no longer tremble and shout at the name and thought of Jesus. Virtue, purity, and now even miracles are becoming stuff of legends. The church now is seriously ill and is dire need of its own healing miracle.

Christians against other Christians.

God can do the impossible, I mean, He is God! But are we losing faith in the power of God?  Jesus walked on water and challenged His followers to do the impossible by simply having faith in Him (Matthew 14:27-31).  I love my churches and no matter what denomination, once you talk about Jesus and about His love and mercy, you are my brother. With all the power and love God gave to the churches, a lot of preaching is directed towards undermining other ministries.  Everyone has their idea of the truth and that their way is the right way when Jesus said HE was the ONLY way (John 14:6).  It hurts my heart to see Christians at each other’s throats. We are the hope of love and we should carry the cross and seek to honour God with all of our soul! There’s too much fighting!

The goal of being a Christian is to save souls from the grip of the devil, but so often the quarrelling and back biting amongst the different denominations is exactly what the devil uses to capitalize on a soul that is seeking God and looking for a church home to grow in his/her spiritual gift. “A kingdom divided within itself will surely fall.” (Mark 3:24) 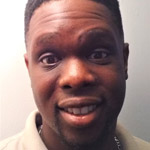 Marko Dewar is 26 years old from Kingston, Jamaica currently residing in Chicago, Illinois. I am an aspiring author and life coach. I received Jesus in 2017, and I have made a commitment to live for him. I became a young writer with Christian Today through recommendation from Darren Salmon.

My name is Marko Dewar. I am a 27yrs old from Kingston, Jamaica that just recently moved to Chicago, IL. I am an aspiring author, mentor, and life coach. I received Jesus in 2017 and I have made a commitment to live only for Him. I became a young writer with Christian Today through recommendation from Darren Salmon.