This vexing question has surfaced again in my small world so I thought I would try to address it thoughtfully instead of just reacting. If you're reading this to get a simple "yes" or "no" answer, don't bother because I haven't got one!

Old Testament – to be holy

God was incredibly prescriptive when he was describing how the people of Israel should live. While the book of Leviticus was written to the priestly tribe of Levites, it was also expected to be communicated to the whole of Israel.

The Israelites had just been delivered from bondage in Egypt and now God is making a covenant, or agreement with Israel, where he says he will be in their midst and they are to be holy or set apart, different from the tribes around them. Following the precepts laid down in Leviticus was designed to help them achieve this.

Relationship is the key: relationship between the people and God and relationship among the people themselves. So holiness is not just following rules, it should transform thoughts. The external behaviour of people should reflect their internal status as holy and chosen by God.

Leviticus chapter 19 gives a fascinating insight into how the people of Israel might be transformed by God. It recognizes that a human being is both spirit and body; it is through the body that the spirit finds its full expression and realization.

Mixed within the chapter are instructions about hygiene practices, caring for the poor, honesty in business, and shedding occult practices as well as instructions to keep some things for the priests alone.

Cutting the body was an expression of mourning in the pagan cultures around Israel and the Israelites are told not to do that, because they are holy for God and should not identify with pagan practices. One verse in this chapter of the Bible has been used to claim that tattooing is forbidden by God.

Verse 28 in the 21st Century King James Version does not use the word tattoo – it simply says "Ye shall not make any cuttings in your flesh for the dead, nor print any marks upon you". In modern translations this has been interpreted as "tattoo", but how these marks would have been printed is unknown. The term "tattoo", ie marks that are inked, was not used until the 1800s.

New Testament – to be holy

Both Paul and Peter, with their belief foundation planted in the Old Testament, encourage believers to be holy because God is holy (1 Corinthians chapter 1, verse 2 and 1 Peter chapter 1, verses 15,16). This harks back to the reason why Leviticus was written – God's people are to be set apart, different from the culture surrounding them.

Does this give us permission to wear tattoos?

Tattoos are often an expression of rebellion, or to be "cool". Sometimes people feel a need to shock others, rebel against parents, show that they are not conforming to the "norm", or identify with a group such as bikers.

We have all seen tattoos of skulls, demons, naked women and rude and crude words. Some people brazenly identify as being rebels and try to find the most extreme way of doing it. Others' sense of self and identity might be expressed through a tattoo.

Some Christians I know proudly wear a tattoo of a cross or other religious symbol or Bible reference. The nature of their tattoo is their justification for having it. Some claim that it becomes an evangelistic tool – an avenue through which to talk to people about their faith. In fact I found a bunch of "Christian" tattoos for women on the internet that are very pretty and tasteful.

Tattoos can also have cultural significance. After 20 years of service in the New Zealand Navy, Rawiri Barriball became the first person to get clearance from the Navy to wear a full-facial Māori tattoo. It is interesting to read about the reactions of people to his tattoos which seem to reflect a society that isn't very comfortable about tattoos.

One thing to remember about tattoos is their permanence. I recognize that there are methods to remove tattoos, but they may lead to infection and scarring. Fifty years down the track, when your skin is less elastic, will it look the same? Would you still want to be identified in the same way after fifty years of life experience and maturity?

While body piercings such as earrings seem to be more acceptable in our society, extreme piercings of different body parts seem to go with extreme tattoos. There are two places that mention earrings and nose rings in the Bible in a way that suggests this is part of the cultural norm and not an issue (see Genesis chapter 24, particularly verses 22 to 31and Ezekiel chapter 16, verse 12).

I have read testimonies of people who have committed their lives to God and their tattoos have vanished. God can do this but it is not guaranteed!

The ultimate question for me is this: if I am a Christian and seeking to honour God in everything I do, does a tattoo or an extreme body piercing do this? 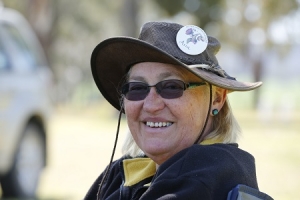 Aira Chilcott B.Sc (Hons), M. Contemp Sci, Cert IV in Christian Ministry and Theology, Cert IV in Training and Evaluation, Grad Dip Ed., began her working life at the John Curtin School of Medical Research, investigating characteristics of cancer cells. Turning to teaching in the Christian school system provided opportunities to learn theology, more science, mission trips and explore the outdoors through bushwalking and other exploits. Now retired, Aira is a panellist for Young Writers and volunteers at a nature park. Aira is married to Bill and they have three adult sons.