Acting according to his characteristic anti-Christian agenda, President Obama and his servile White House advisers, for the first time in American History referred to their Christmas Trees as 'Happy Trees'. (I suppose he has only a short of time, so he's busy upsetting the Russians, and next Israel, and let's take a final swipe at the country's Christians as well, before he leaves office).

Well! This comment brought Ben Stein (a witty Jewish comedian) to remark on Obama's latest assault on America's Christian Heritage (you can find it on his Facebook page).

He waxes into an insightful, profound, and yet searching commentary on the signs and causes of America's decline. Here is some of what he had to say.

Strange because atheism isn't found in America's constitution, on the contrary America's constitution is at its core founded on Christian principles. However now, it's anathema to overtly acknowledge or worship God, but it's okay to worship the nation's celebrities, who are fallen mortals, like film stars and sports heroes, all whom have a record of egregious moral conduct.

In 1963 (The turbulent Sixties again) Madalyn Murray O'Hair became America's most hated woman, when she won her case in the Supreme Court to have School Prayers and Bible Reading banned from Public Schools across America.

She went on to found The American Atheist Society, and became one of the most celebrated and vocally bellicose activists for Atheism that America has ever seen (now that's a accolade to bring a smile to Satan's face). Poor dear, she met a grizzly end in 1995 after being murdered by one of her former (atheist) employees. Obviously he hadn't been taught the 5th Commandment in school, 'Thou shall not kill'

The point is, as Anne Graham explains '............. for years we've been telling God to get of out our Schools, to get out of our Government and out of our lives ...' and he did, and as consequence there's been an increase murders, and human life has become valueless.

We've removed the book; "The Bible" which teaches children (society's future adults) a code of conduct that brings love and peace in order to restore our broken humanity 'You shall not Kill, you shall not steal ............ Love your neighbour as yourself'.

And replaced it with Dr Spock, who said that we shouldn't smack our children because their little personalities would become warped and we might damage their self- esteem (hmmmm Dr Spock's son committed suicide – what happened to his self-esteem?)

Now we are asking ourselves, 'Why our children have no conscience? Why don't they know right from wrong? 'Why don't our kids respect their parents or authority, swear Police Officers, bash Ambos ? 'Why aren't their consciences smitten, when they kill innocent strangers, their classmates and themselves?'

The answer is obvious – you reap what you sow. Remove God's moral standard for human behaviour and lawlessness fills the vacuum.

Strange how we believe unquestioningly what the media says, but question what the Bible says.

Strange how we can send jokes or cute memes over social media but stop short at sharing sharp messages of hope about our God.

When we hesitate to share our message of hope because it might offend someone somewhere, we are demonstrating that we worry more about what other people think of us than what God thinks of us. 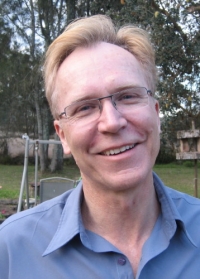 Now is the time for you to make a decision, to change this.

Vic Matthews, has three degrees B.Optom, B.Arts& B. Christian Studies. He is a kiteboard tragic, who now works as a Christian Copywriter. He can be found at http://trustworthycopywriter.com/writing-services/christian-copywriter/

Vic Matthews' previous articles may be viewed at http://www.pressserviceinternational.org/vic-matthews.html