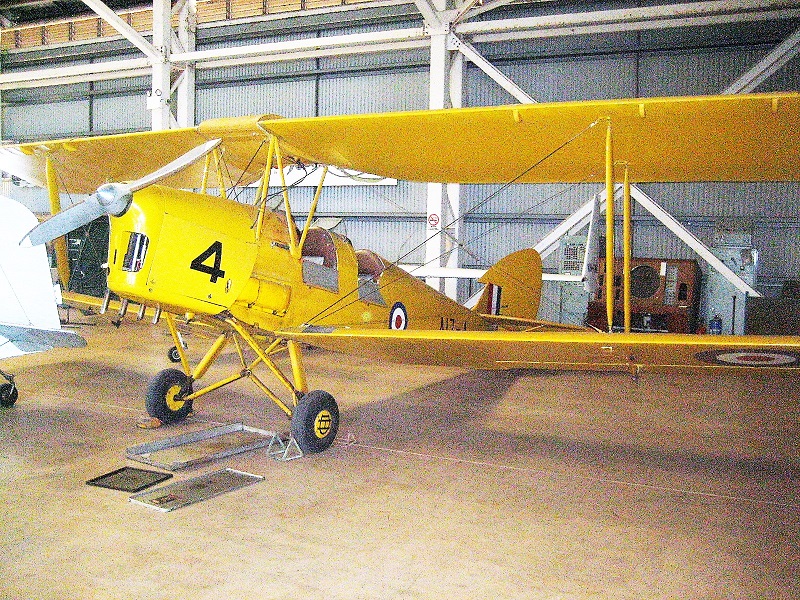 Last month was the 75th anniversary of the bombing of Darwin on 19 February. I've visited Darwin and studied the various strategic situations that surrounded the Japanese intentions and applications of their designs on northern Australia.

As an historian I've read many of the books and viewed with interest the 1992 Commonwealth of Australia's 50th Anniversary major educational film production of the history of the bombing and more recently noted the film 'Australia' and its graphic presentation of the panic and fog of war in Darwin and other documentaries.

The Australian Government was aware that war was coming to the nation and recognised that Darwin was one of the major gateways should there be an invasion.

The Japanese on the other hand had recently (7 December 1941) dealt with Pearl Harbour and were streaming down through south east Asia, undecided as to whether Australia should be invaded. The Japanese Army and Navy were far from having a united view but were agreed on a strategic aim of taking Port Moresby (PNG).

They were of one mind however that Darwin needed to be knocked out as a military and air force base from which the US military could launch land, sea and air attacks. In this sense, Darwin was seen as a major target for the Japanese, and they saw three specific areas that required constant demolition, and therefore the need for regular air raids.

First, Darwin's port and shipping facilities needed to be destroyed and any attempt to reconstruct, killed off.

And third, the air strips in northern Australia needed to be incapacitated. 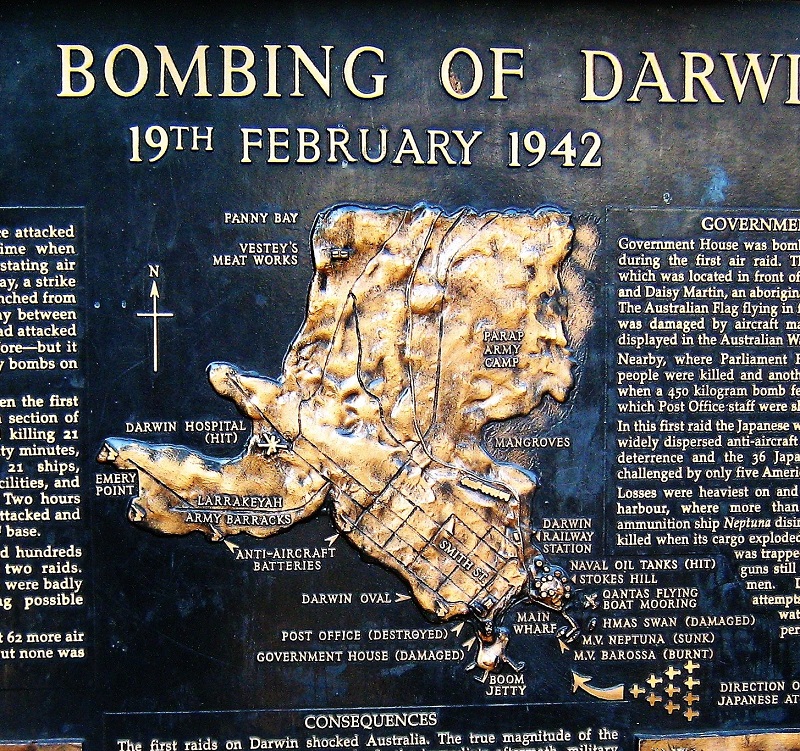 Herein was one of the problems the Japanese faced, in that a bare air strip could be constructed in the Australian bush within a few hours. There was no shortage of land. Many bulldozers and graders were bought to the north as part of northern Australia's protection plan in 1941; and by 1942 there were air strips from Katherine to Darwin in a broad semi-circle. These were frequently bombed in 1942-43.

The Japanese underestimated how difficult it was to achieve these strategic aims as the Northern Territory is so vast. The solid advantage was with the Australian defences. The Japanese bombed on 64 occasions and yet the overall damage proved strategically minimal. (The tragedy of civilian casualties in Darwin notwithstanding).

This was one of the reasons the initial bombing destruction was kept under wraps, because the authorities realised that strategically, they still retained the upper hand and wanted to keep this information close to their chest.

In fact, it was from northern Australian 'war time' air strips that the longest USAF WWII bombing raids were made on the Japanese; north to the Philippines and the Japanese southern islands beyond.

Yes, there was something of a master plan for the defence of northern Australia and in particular Darwin, but when Darwin was bombed on the 19 February 1942, and with communications destroyed, it took more than a few days to get co-ordination back in order. 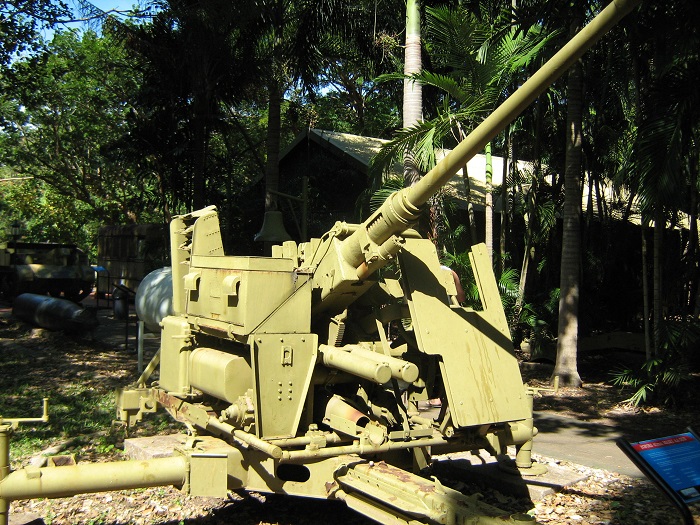 It is at this juncture of the situation that the film 'Australia' illustrates. The aftermath of the bombing of Darwin was depicted with graphic imagery in the film, where there was a hive of activity getting all unnecessary civilians and non-front line military personnel out of the city and harms way.

The scenes show this dramatic rush where buildings are destroyed or public offices burning, trucks are in short supple, officers and NCO's rushing hither and thither getting the last vestiges of the civilian population out of the city.

History now reveals that the Japanese were stretched beyond their logistical limits to invade Australia, more so later with the strategic loss in the Coral Sea battle when they turned around their fleet.

Ultimately the Kokoda Track illustrated just how depleted their strategic efforts became when in sight of Port Moresby, the Japanese got the order to return - not withstanding the astonishing efforts of the 39th Brigade that withheld their onslaught in a strategic withdrawal that realistically saved Australia.

Last month's 75th anniversary of the bombing of Darwin on 19 February 2017 is a reminder to us all, that strategies are required for when contingencies go awry. We might even say as Christians, that the Salvation of Jesus Christ is the eternal Master plan stratagem. 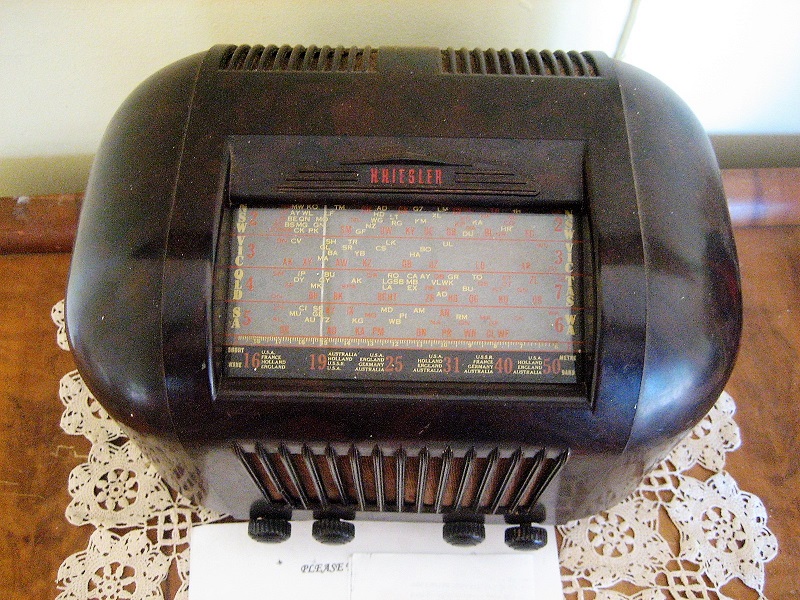 Dr Mark Tronson is a Baptist minister (retired) who served as the Australian cricket team chaplain for 17 years (2000 ret) and established Life After Cricket in 2001. He was recognised by the Olympic Ministry Medal in 2009 presented by Carl Lewis Olympian of the Century. He has written 24 books, and enjoys writing. He is married to Delma, with four adult children and grand-children. Dr Tronson writes a daily article for Christian Today Australia (since 2008) and in November 2016 established Christian Today New Zealand.