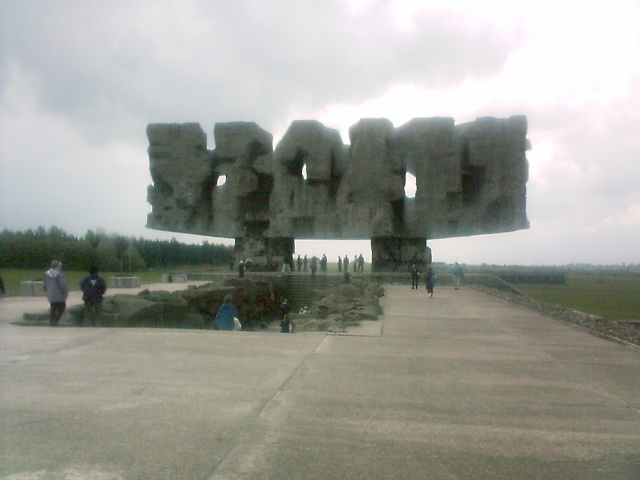 The Majdanek Concentration Camp was visited when I was invited by Bridges for Peace, a Christian Mission based in Jerusalem, to be part of a 48 person international delegation which also included Auschwitz's 60th liberation anniversary and the 2005 March of the Living.

Majdanek is near the city of Lubin, Poland, which is two hours south east from Warsaw by road.

Whereas the worst of Auschwitz 'death factory' infrastructure was largely destroyed, Majdanek was still functioning at that time in 1944. It is almost impossible to imagine, that Majdanek was still ditching out death as if nothing was happening as the Red Army came to its very doors.

I recall it as the most terrible place I had seen. I sensed an evil presence. Over 800,000 Jews were murdered here. One third died of disease and sickness associated with being worked to death, with inadequate supplies of food. 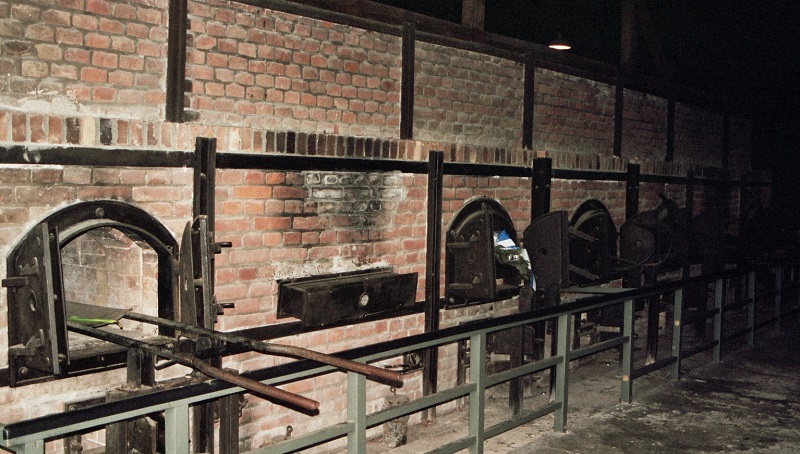 What was more, the inmates could see the city of Lubin and its lights at night - so close and yet so far away. Majdanek employed 1300 staff, and although there were SS quarters, many of the staff lived in Lubin.

It was not a secret, it is out in the open without trees to hide it. The staff treated it as their employment. Took morning tea and sandwiches to 'work', kissed the wife and the children goodby as they left for their job.

Now, all these years later in reflection, I considered the 2008 movie 'The Reader' where Hanna Schmitz (played by Kate Winslet) is shown on trial for her role as a Nazi concentration camp guard and is at pains to explain to the court that this was her job, and what else could she have done.

In this movie, it showed a woman who obeyed what she was told, was convinced that the propaganda delievered to her was nothing but the truth. She could not have imagined a situation whereby any Jew would have been permitted to escape what was awaiting them.

Since the end of WWII there has been a debate as to whether the 'ordinary people' with such 'jobs' following directions, were responsbile. Increasingly, with more recent trials, they are, whereas for many years they were somehow 'hidden' from such realities. The nation itself was deemed guilty.

All there to see

We saw the place where Jews and other inmates had their hair shaved – three swipes for the head, one swipe each for under the arm pits and private area – this was also an attempt at hygeine, to reduce the likelihood of lice and therefore typhus fever.

And, men did the hair cutting.

We walked into the gas chamber, it was chilling. 30 seconds and you were dead.

We saw where gold teeth were pulled from the dead bodies, and where the bodies were cremated. And all in sight of Lubin.

The buildings were bleak and dark outside and inside. We saw the racks upon racks of shoes. I felt physically uncomfortable. ( In Auschwitz all of those type of buildings were destroyed so you don't see the graphic presence of what was there, only the SS Buildings, which are now museums).

Auschwitz today is the sanitized public exhibition of the Holocaust, whereas Majdanek is the real thing, mankind gone mad, mankind lost, mankind without a soul.

And all by those raised in a so called 'Christian country'.

Little wonder Jesus wept. The message of Jesus' Salvation, himself a Jew, is so opposite to this it is bewildering in its Grace. 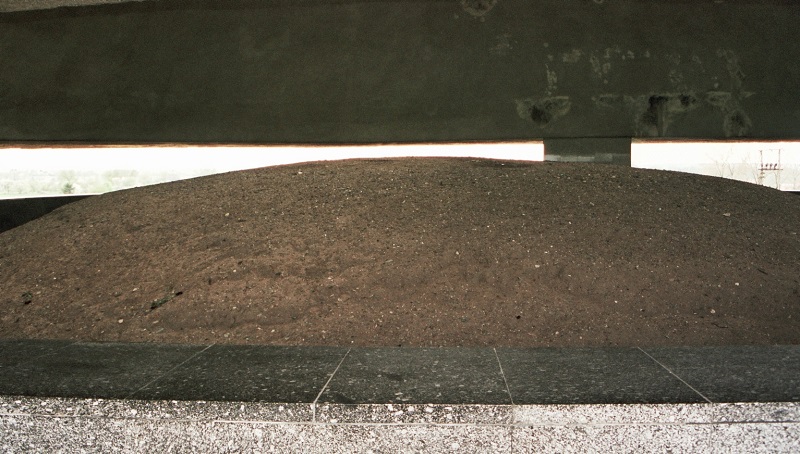