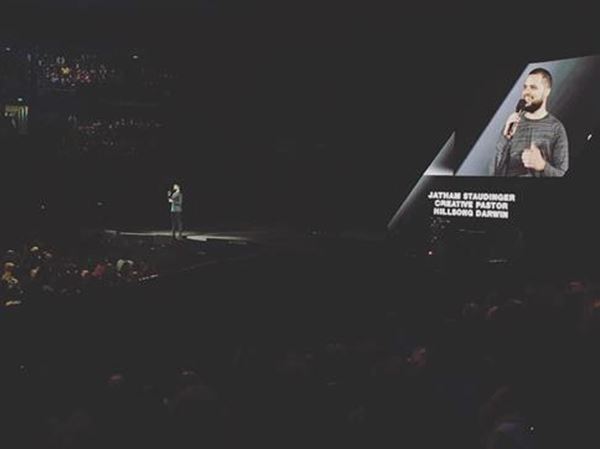 As Elijah danced across the stage, the static was turned right up, representing the huge wind, then the base kicked in as rocks cascaded down onto the stage, representing the earthquake. Finally jets of fire shot up on both sides of the stage: no prize for guessing what that represented. Hillsong Conference ‘openers’, as they’ve come to be known have developed a reputation as conceptually and tangibly awe-inspiring and this most definitely fit the bill.

Being NAIDOC Week it was only right that the celebration should commence with a ‘Welcome to Country’ by Hillsong Church Darwin Campus’ Creative Pastor, Jatham Staudinger, who stood proudly representing Australia’s first inhabitants and their descendants past and present. “So let’s worship in unity…” declared Staudinger to a 21 000 strong applause.

This was an opening night for all. As I looked down I couldn’t help but be captured by a lady signing for a section in the auditorium for people with a hearing disability. Her actions did the words to the worship justice, her hands floating poetically above her head as the peoples’ singing could be heard throughout the arena.

If church attendance is a thing of the past, Hillsong Conference Night 1 sure put that suggestion to the test. People laughed and clapped and cheered as the lights went out the first time, while all eyes were focused on the testimony of a school in Gugulethu, a township 15km from Capetown, where Hillsong Church has been active in the community donating financial as well as ‘on the ground’ support for students with a disability. In this particular case, more than 400 pairs of Nike shoes (that is a pair of shoes for every student) were donated by the church, but these aren’t your average shoes. Nike FlyEase, a design intended to assist those with impaired use of their hands, were the shoes that were outlaid, and boy were they well received by the students in Gugulethu! The crowd of people clapped as they watched the story, and then they reached into their pockets to give again to a united vision, to see the lives of people transformed.

That would be an appropriate place to finish, except that all this happened even before the eagerly anticipated Jentezen Franklin preached a jaw dropping message that literally had everyone on tiptoes.

“It’s tiptoe time for the body of Christ!” Franklin cried. “It’s time to start getting up on your tiptoes and praising God in expectation. God is about to do something he has never done before!”

It was inspiring. It was moving. It was exciting. Everything Global Senior Pastor, Brian Houston has promised in the lead-up to this week. Make no mistake, Hillsong Conference 2017 is well underway.

And tomorrow there will be even more to talk about. Will you make it to Hillsong Conference Night 2? 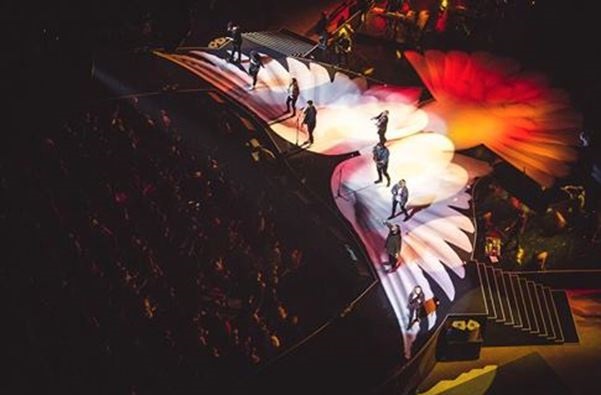 Cost: Nights sessions are free and begin at 6pm (Queues start at around 4.30pm so get there early!)

For details or to register, go to: https://hillsong.com/conference/sydney/

For more information on the Nike FlyEase project go to: http://www.nike.com/us/en_us/c/innovation/flyease

For more information on Hillsong’s Africa Foundation go to: http://hillsongafrica.com/2011/05/27/temba/ 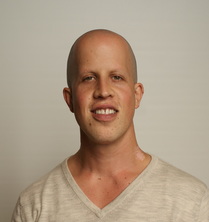 David Luschwitz is a Sydney-based writer and teacher.

To read more of David’s articles, head to: http://www.pressserviceinternational.org/david-luschwitz.html