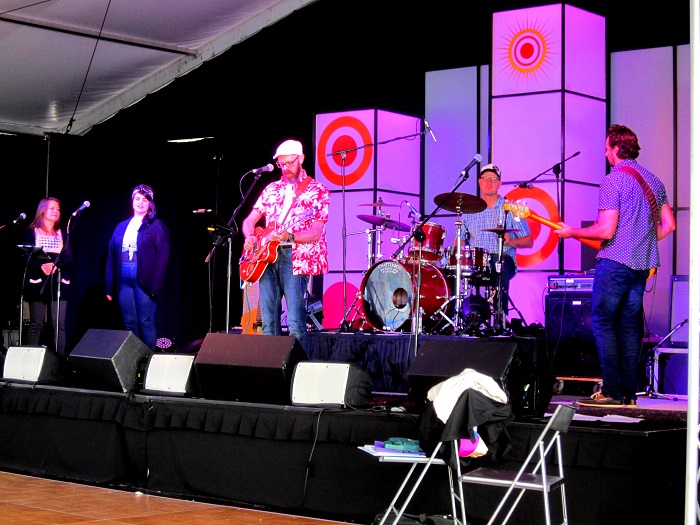 The venue - Coolangatta beach - in a large stage (open air) – this CoolyRocksOn Church Service has quite a history. Initially held in the local Coolangatta Anglican Church building but it closed its doors seven years ago and there was a two year gap before a CoolyRocksOn board members approached cricket chaplain Dr Mark Tronson to revive it who lives locally.

This is now in its fourth year under this new auspicious, on the beach, with Gold Coast's Beachside Baptist rock'n'roll band The Son Chasers led by Ken Harris carrying the music for the four hymns and the three items. The CoolyRocksOn Church Service is listed in the official program booklet.

It is a very sharp one hour service honouring the Lord – the stage is in Queen Elizabeth Park adjacent to the Coolangatta Surf Club – and this year Reverend David Qack is preaching – it must be concluded within the prescribed time – usually by 9.25am in order for the customary hand shake of the well over 120–130 who attend. 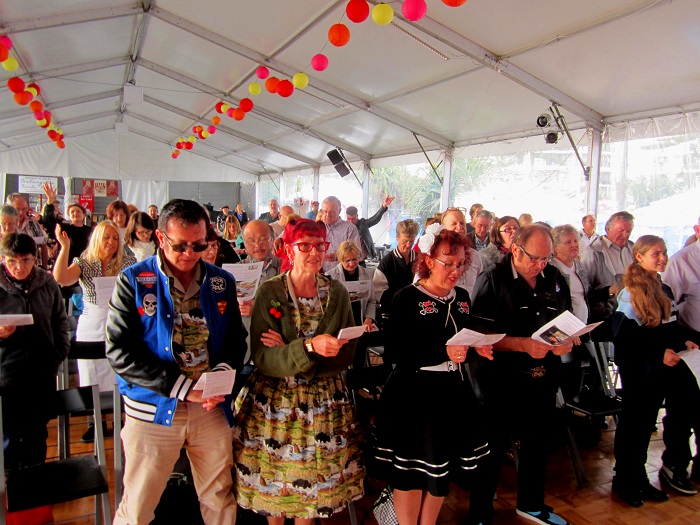 Patrons of the CoolyRocksOn Church Service are usually out rock'n'rollin' til late at night or the early hours, then get up and breakfast and head to the Church Service by 8.30am – this is no small feat and to enjoy such a number attending is quite something of the Lord.

Over the years service leader Dr Mark Tronson has bought some 'show and tell' items, one year his very large and heavy preaching gown and hood, illustrating he was the genuine item although in mufti. Mark invited one of the congregation members to lift the preaching gown off his arm to note his weight. There was quite a shock - and - Mark told his dad joke – when preaching he has a weight on his shoulders!

Helper Mr Bill Parr welcomes everyone at the marquee entrance with the hymn sheet and does the bible reading. Mark Tronson will be the photographer this year as he promised last year a young preacher. Jesus is central to the preaching at CoolyRocksOn Church Service. 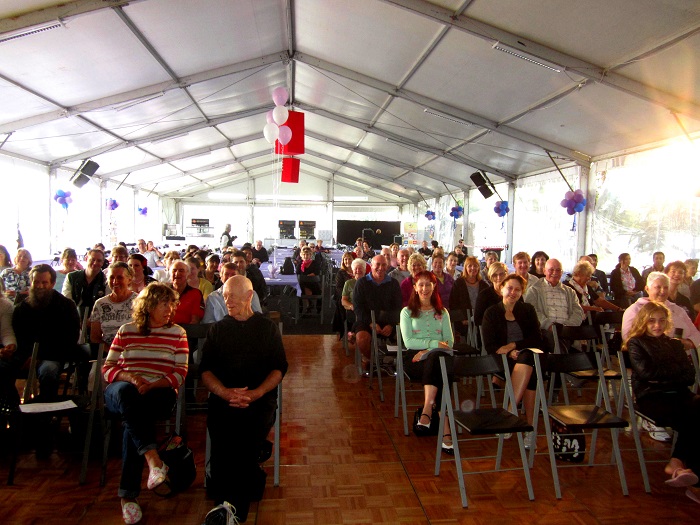 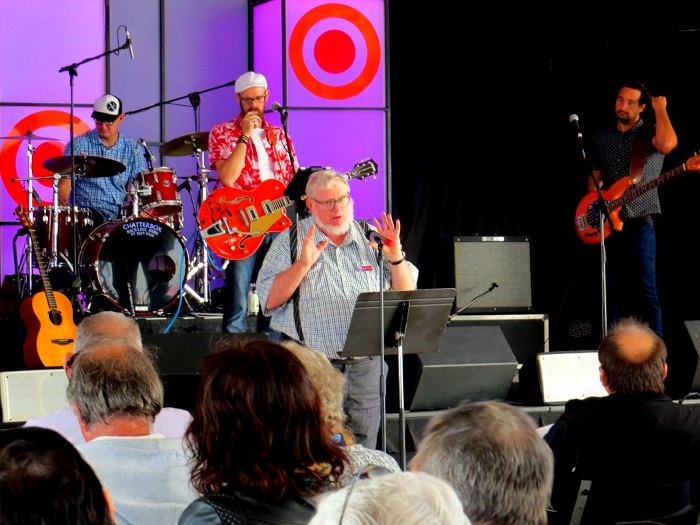