Billy Graham the most recognised evangelist of the 20th Century died at home in North Carolina aged 99 surrounded by family. There will be world wide accolades for Billy Graham's ministry and everyone involved will in some way have their own story.

This is my story.

Billy Graham came to Australia with his first capitol city crusades in 1959. Our family at that time lived in Mackay Queensland and this was the topic of the year. It is that memorable. By the time I entered Morling Seminary in Sydney in 1977, two self evident truths came to the fore. First were the number of Christian people in Sydney who identified their conversion story from that 1959 Crusade.

The second was the growing call for a return of Billy Graham – yes he visited in 1968 – when I was still at high school and our family in Canberra attended every meeting singing every song and listening to every word through 'landline'. We were part of it.

Then the planning for 1979 Billy Graham Sydney Crusade and by this time I was the Minister at the Croydon Park–North Campsie Baptist Church and in my 3rd year at Morling seminary. Our church leadership was enthusiastic for evangelism and the congregation geared up for it. There was singing and dancing (as it were).

As a local inner west Sydney minister I was able to put my name down to train as a Billy Graham Crusade Councillor to become thoroughly versed in the nature of the Crusade and how those who came forward to receive Christ as Lord and Saviour were to be welcomed and counselled into becoming a follower of Jesus Christ.

The second was as a local minister, I was invited to the Sydney Ministers session with Dr Billy Graham where he addressed us ministers with a strong presentation with the biblical injunction as gatekeepers - we each had a huge responsibility. 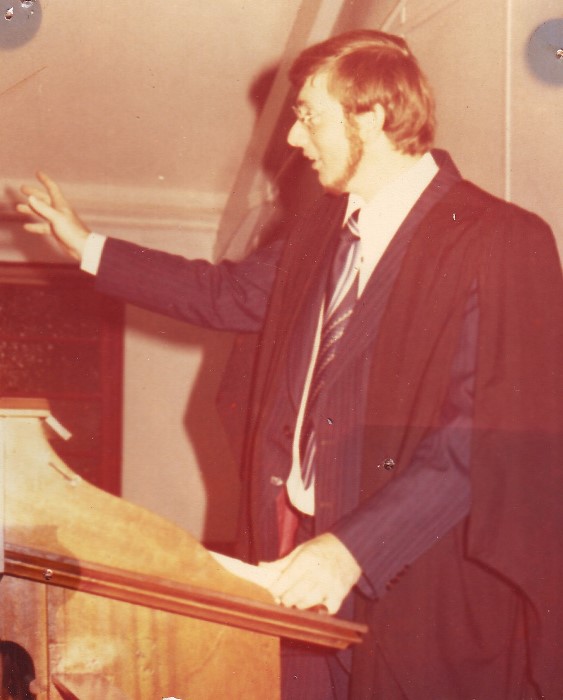 All this happened with two concurrent major events, the first was my wife Delma was heavily pregnant with our first (born late May 1979) who also attended with me many of the Crusade rallies at Randwick Race Course. The second there was a rape in our street in the suburb of Croydon Park and the police did the rounds to all the nearby houses asking the normal questions – did you see or hear anything and the like.

Our Croydon Park-North Campsie Baptist congregation almost as one, attended every rally that May, supported the entire program and we received numerous “response cards” of people who went forward and it was our task to follow them up. Our local congregation grew with increased numbers as a result. For us all, it was a remarkable outcome and became a beacon in the life of the congregation for years afterwards. 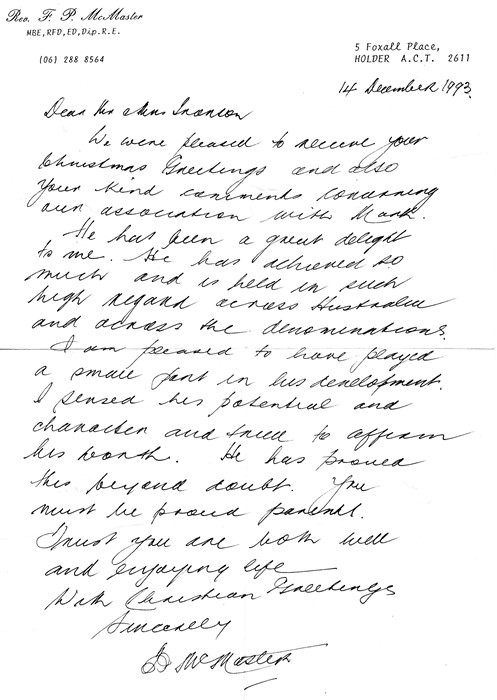 The most memorable message by Billy Graham of that 1979 Crusade was on 'David and Goliath'. In our lives we will meet many Goliath's and in Christ, we like David, can overcome.

That same year (1979) I was to submit for Morling Seminary's Evangelism Course a paper on an evangelistic illustration in our ministries. In a literary flush, my paper centred on the remarkable results of the Billy Graham Crusade upon our congregation, including the street rape (with the inevitable fear for our neighbours) and Delma coming to term with our first baby. Not a detail was spared.

Morling's Theological Awards that year saw my name as winning both the Church History Blue, the Evangelism Blue and for my formal external degree, First in Old Testament.

Billy Graham's message on David and Goliath has resonated all these years. Developing the chaplaincies to Australia's Professional Sport 1982-2000 (18 years) I encountered many Goliath's.

Since then, now another 18 years developing Well-Being Australia with Life After Cricket, the Art ministry, Country Town Tours, One Day in Melbourne, the young writers in conjunction with Christian Today and the Whitsundays missionary respite cottage - as are Christians everywhere, facing off Goliath's is part of the course. 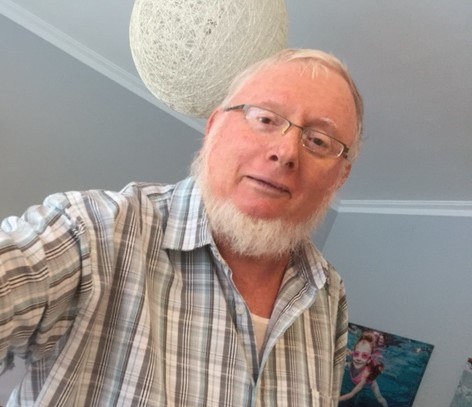