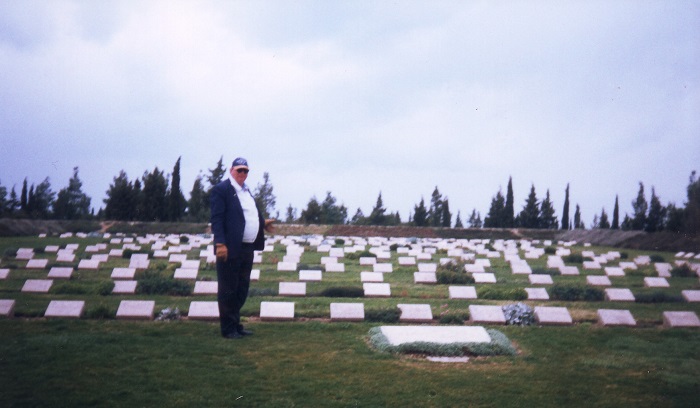 My son who lived in England for seven years, explained that in the UK, our equivalent of Anzac Day (April 25th – the day the Australian and New Zealand Army Corps – ANZAC – landed at Gallipoli), is Remembrance Day, also called Armistice Day.

Remembrance Day is always celebrated on the 11th hour of the 11th day of the eleventh month, when the armistice was signed to end the Great War, 1914-18.

We in Australia call this ‘poppy day’, and organisations such as the RSL (Returned Services League) raise money by selling paper poppies, in remembrance of those that grew in Flanders where many of our young boys fought and died during WWI.

We  have two-minutes of silence at 11 am, our time, wherever we are and whatever we are doing, following the tradition started in London in 1919; but usually nothing else of a public commemoration (possibly a War Memorial ceremony in Canberra).

However, in England this is the day that there are the community marches of old and new soldiers as there are in Australia, but it is not a public holiday, as is our Anzac Day.  My son reported that it has a different feel about it; he told me that whereas he feels that our services represent a unique expression of what was lost, Remembrance Day in Britain is a kind of a celebration of victory.

Australians, it seems, don't do victories very well. Instead, as a nation we're very good at recognising the cost of the victory.  It is this same “expression of the cost” of victory that our sporting teams celebrate – the hard work, the sacrifices – even recognising that of our parents and family members. 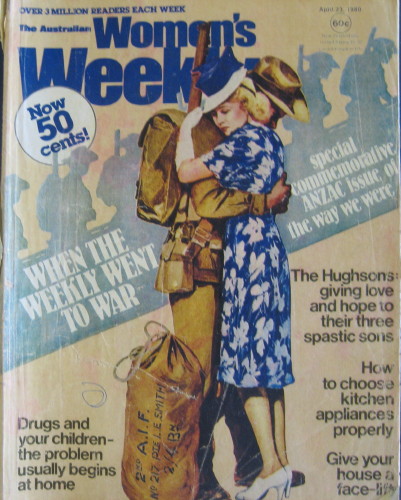 It is this image of Anzac that came to me as I was rifling through the family archive air tight chest recently where I came across the 23 April 1980 Women's Weekly and its front cover photograph.

The photograph could have been taken in any era: First World War, Second World War, Korean War, Vietnam War, Peace Keeping Tours, Iraq, Afghanistan ….  The young woman is recognising the cost of her soldier man's service to the nation. She is biding farewell in an embrace.

This image of Anzac is just as haunting as those images from the trenches of WWI of soldiers with their sunken exhausted eyes. It is just as powerful as those World War II images of the Kokoda Trail, with exhausted troops climbing the muddy mountain tracks. It is just as worrisome as that Vietnam War image of the mother carrying her baby, burnt by napalm.

No, this is a quiet domestic image but nevertheless, it is haunting because it brings to us a number of other messages for which we are all familiar and in some sense would rather not talk about.

This image possibly conveys the heartache of not seeing a treasured partner for months, maybe years, possibly even a final tragic embrace.

The image possibly conveys a lost love, a goodbye, won't be seeing you again, you've made your decision and I've made mine.

The image certainly conveys separation and distance and aloneness. This is the image of the cost of Anzac.

There is a perceived sadness about this image; yet, there is also a sense of a future victory.

In the same sense - the Gospel of Jesus Christ conveys - sadness and loss, but yet a current and future victory.  In Christian theology, the Cross of Calvary is the first part of the story, whereas the resurrection celebrates a certain victory.

It is rather special, that this year, the dates of Easter's resurrection and Anzac Day are a week apart. 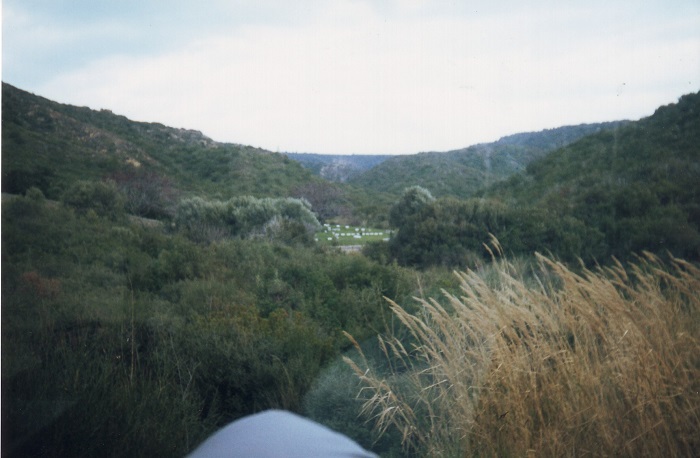