The US election was, and is, divisive. There are many people with strong opinions, and I would consider myself one. However, I have been extremely disappointed how people have voiced their opinions – especially Christians.

Reading posts from my Christian friends online, from both the left and the right, sometimes feels like being in a yelling match. Not only is it entirely embarrassing to me, but I believe counterproductive to the Christian message: God's love for the world that he gave his only son.

Yelling at each other that the other is wrong does not spread this message, but only serves to inflame differences and spread hate. Telling non-Christians that they are going to burn in hell will not convert them, nor let them know about God's love. Discussing, or yelling, about differences with disdain for the other will never convince the other.

This applies to how Christians should always behave – we should protest, we should promote morality and justice. But we should never degrade another human being. God's love is for all: left-wing or right-wing, Democrat or Republican.

Jesus told it like it is, but he told it with love and a desire for others' salvation (Matthew chapter 19, verses16-22). Jesus was not safe or part of the establishment, but he respected authority, and paid his dues (Mark chapter 12, verses13-17).

As a Christian it is my duty to speak out against injustice, to protest, and to pray. It is because of the history of the early church protesting in defiance and with grace that the church exists at all today. We should speak the truth even if it means death, just like Jesus did on the cross. In debates there is nothing truly to be won, unless the love of the Lord is known.

If it is important, it is worth saying well

Every now and then I come across little gems on social media – where people articulate their positions well, and respectfully. I have read articles about politics that I disagree with, but they help me to love my brother better.

We are not commanded to agree with each other, in the same way God does not agree with our sinful lives. But there is a reason that "Love your neighbour as you love yourself" is one of the two most important commandments.

We should talk to each other, promoting love and trust – all for His kingdom, glory and power. The "Good News" is important, so let's make the effort to say it well. 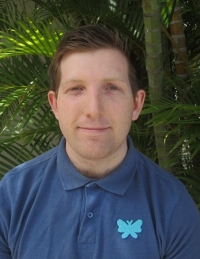 Nathanael Yates is a Neuroscience Researcher from Perth, Western Australia. He is constantly inspired by his astonishingly wise and beautiful wife and his adorable daughter.

Nathanael Yates' previous articles may be viewed at www.pressserviceinternational.org/nathanael-yates.html