Doubt hasn't always been well received by the church.

You've likely heard stories of churches where asking questions is frowned on. To doubt was to sin – with the implication that you just need to have a little more faith and just believe.

But more and more, I think we're coming to terms with the idea that doubt is a normal part of the faith journey. And this kind of culture is something we should continue to propagate with our Christian relationships.

Here are a few reasons why.

Every Christian feels doubt, and it's something we tend to forget to acknowledge.

This occurred to me recently when I was reading about some of the great Christian figures who experienced doubt. The names on the list were surprising, including people like C.S. Lewis, Mother Teresa, John Calvin and Martin Luther.

For someone like C. S. Lewis, doubts were triggered by his work as an apologist. Toward the end of his time as an active apologist, Lewis cautioned against relying on logic and argument at the expense of spirituality.

For Mother Teresa, her doubt grew out of feelings of isolation from others and from God. Maintaining her passion for her work during those times was difficult and often meant she called for prayer from others.

My most doubt-filled times tend to be when circumstances start piling up, when stress kicks in and when it feels like God isn't working in my life the way I expect him to.

The common denominator is that we all feel it. But when you think about it, doubt shouldn't surprise us. We believe in a God who is beyond our comprehension, who has always existed and always will. We also live in a world that tries to tell us God doesn't exist. How can we not have moments when we wonder?

When we're in Christian company, expressing doubts can be difficult. Because we are all one in Christ, and because we share a common set of beliefs, often we can make the mistake of thinking that sticking out and questioning our faith is a no-no.

But when others share opinions or doubts, we should reward their honesty instead of judging their uncertainty about God.

Philip Yancey suggests having a "doubt friend" or a "doubt partner" as a safe person in whom to confide uncertainty. I know from my own experience that sharing my feelings of uncertainty makes them feel less overwhelming – and often, my Christian friends can remind me of important truths when I forget them.

Ignoring doubts or pretending they're not there means we never deal with them, and they will often become toxic. On the other hand, looking at our doubts, praying over them and getting counsel through them means we are developing our relationship with Christ.

C.S. Lewis suggested the following in Mere Christianity: "Faith, in the sense in which I am here using the word, is the art of holding onto things your reason has once accepted, in spite of your changing moods... That is why Faith is such a necessary virtue: unless you teach your moods 'where they get off', you can never be either a sound Christian or even a sound atheist."

Faith is like a muscle that needs to be exercised. We may not always have the answers to our questions, but the discipline of faith is holding onto the belief that we have despite our moods and seasons of life.

John Calvin suggested in his writings that doubt was inevitable. He felt that it was intrinsic in our humanity – because we are so removed from understanding God, it's to be expected that we would doubt him. "For unbelief is so deeply rooted in our hearts, and we are so inclined to it, that not without hard struggle is each one able to persuade himself of what all confess with the mouth: namely, that God is faithful".

Thinking about our doubts and facing them is something that's not shameful or a result of lack of faith, but a normal part of believing in Christ.

Doubts don't have to be fatal to faith, but they do need to be addressed. We need to make a culture where people are welcome to share their genuine opinions, and allow for differences of opinion that enrich and challenge people.

When we have doubts, let's not be afraid to turn to our Christian peers and ask honest questions. 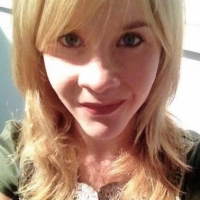 Cheryl McGrath is a communications professional and has a background in editing. She lives in Melbourne.