They don't call it the 'Silly Season' for nothing. Christmas time has become a hotchpotch of traditions, religious and secular and commercial, all of them claiming to have the true Christmas spirit.

Just take a breath, step back and look objectively at the Christmas season, and one can see how confusing it can be.

In the shops the tills are ringing, the checkout chicks and chaps wear funny hats and reindeer antlers and the tinsel has been up for so long that it has lost its lustre. Christmas trees sag under lights and baubles. Santa Claus is imprisoned in his grotto, listening to fanciful wish lists and smiling for the camera, while his knees ache and his ears throb. Shoppers shop as if there's no tomorrow, gathering food, presents, decorations; racing like lemmings towards the cliff-edge of the plastic credit card.

Events such as Christmas Carols in the Park draw huge crowds – everyone loves to join in singing some of the old traditional carols and songs.

But in all the celebrations and the shop-till-we-drop to buy more and more 'stuff', some things are overlooked, even excused. Things like greed, envy, selfishness.

And the less fortunate people, and the lonely people are ignored. And the people with no family. Is it surprising that Christmas can be a time of great personal stress, depression, and desperate loneliness that sometimes leads people to suicide?

Is this the true Christmas?

On the sacred side, Christians focus on the story of Jesus' birth. Some churches have an uneasy relationship with Christmas and do not set up Christmas trees or decorations. These secular – pagan – festivities are frowned upon.

In other churches congregations prepare services and music, sermons and nativity scenes to tell once again the wonderful narrative. Musicians practise the familiar songs and children dress up for a nativity play, sometimes with real, live animals.

So this is the true Christmas?

It is hard to believe, but Christmas was banned in England in the 1640s. For that matter, so too were Easter and Whitsunday. There are no instructions for celebrating Christmas in the bible and the Puritans saw the Christmas season as a period of 'misrule', with too many popish connections, too much frivolity and sinful behaviour.

Cromwell's Parliament at the time decided that it would be referred to as 'Christ-tide', not 'Christ-mass'. The only day for church worship was Sunday and 25 December was recommended as a day for penance and fasting. There were to be no festivities – no holly wreaths, food, drink, feasting or dancing and singing. Certainly no unfettered jollity. Shops and businesses must remain open every day except Sunday.

Needless to say, these rules were rather hard to enforce and there was quite a bit of clandestine celebration of such important days in the Christian calendar.

Much of this was the Puritans' reaction against the excesses of the festivities that emerged from the Middle Ages, when the celebration of the birth of Jesus was muddled together with mid-winter festivals, and pagan worship. Many of the carols were actually dancing songs to encourage fertility or a good harvest, or to appease the weather gods.

The first Christmas couldn't have been more low key: a refugee family on a long journey, a baby in a makeshift cot visited by animals and shepherds and learned academics, who were directed by a star. There were precious gifts for a tiny king, and there was singing by the angels, but the bible makes no mention of feasting, or gift vouchers, or Santa.

So what are we seeking at Christmas?

We all get caught up in the spirit of it, in some way, whatever our beliefs. When asked, many people will say that Christmas is about families and children, about getting together and enjoying the holidays and presents. Those without a home or family know what they are missing but still yearn for it. Most of us enjoy birthdays and celebrations and these usually involve some feasting and the giving of presents. God certainly encourages us to be joyful and thankful and celebrate – God is no wowser.

Perhaps that's the challenge for us Christians: rather than frown upon the secular shenanigans of this season, let's enjoy and share the various traditions of Christmas in moderation and gently show others that we are celebrating the birth of our Lord. 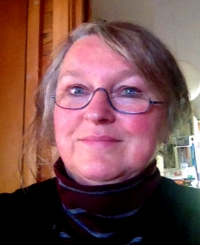 Sheelagh Wegman is production editor for the Tasmanian Anglican bi-monthly magazine and does a broad range of editing for self-publishing authors. She belongs to St David's Cathedral in Hobart and lives with husband Kees in bushland on the foothills of Mt Wellington.

Sheelagh Wegman's previous articles may be viewed at http://www.pressserviceinternational.org/sheelagh-wegman.html