Is Trump a good guy?

Can a gay man lead a church?

Does divorce disqualify you from starting a new relationship?

So many questions are asking for simple answers, and in our world of tweets and sound bites it's easy to think everything needs to be concise, quick and conveniently communicated.

At the very start of the Bible there's a hidden message about judgement. It's subtle; I missed it completely the first 29 years of my life.

When the Jewish people around the time of Moses put together the Torah, starting with Genesis, they wrote an account of the creation story that was vastly different from any other story that existed at the time.

It was a message about God creating the universe—a single God, who at some stage sits back and says it was good! It wasn't a creation that came about from wars in heaven. God made it because God wanted to; from the start we were blessed. (And it did all with original blessing in chapter 1 rather than original sin in chapter 3, but that's another article.)

Then comes the first warning, he made a command about a certain tree. Many of you know the story already: the tree was called the tree of the knowledge of good and evil, and the first people weren't to eat from it.

Instead of just being literal, which is usually the lowest form of meaning, far smarter people than I, think that it's likely a metaphor to warn us from judgement.

We're not to judge, that's up to God. It's almost as if God knew where our minds will wander, where our desires will take us, if we get too caught up in the blame game of who is worthy and, most importantly, who is not!

As Martin Luther wisely put it, we are simul justus et peccator: simultaneously, both sinner and saint. Only the mind of God can hold these two together.

ONLY GOD? Surely not... We've got to make some decisions about who is allowed to be in our tribe and to have some boundaries, right?

We have this urge for answers, for certitude, for comparison and wanting to be superior (Matthew chapter 18, verse 1), it's human nature, but it's easily corruptible and it's been the on-going story of history.

Just think of any cult, any oppressive leader through history who craves the power of deciding who is right and who is wrong. Such power can, without checks and balances, so easily corrupt.

Pol Pot decided in the 1970s that anyone who disagreed with his agricultural reform of Cambodia was worthy of death, and he killed millions, with the effects still evident today. The examples are numerous.

Maybe this is what God is warning us about in that Garden? Judging and trying to obtain the power and knowledge of right and wrong leads to self-righteousness.

In Matthew chapter 7, verses 1–2, Jesus warns us again of our desire to judge, and the dangers of it. However, so much of religion is still preoccupied with being the moral police—a nice little disguise for our need to control and judge.

Instead of promoting an encounter with the divine we've promoted rules. Religion has demanded righteousness at the cost of truth, love and God himself.

I don't recall Jesus saying anywhere in the Gospels, that the most correct will be rewarded, but he did say the first shall be last, and the last shall be first. He did say that unless we change and become like little children, we'll never enter the kingdom of heaven.

That kingdom is right here right now and it's seen in the very act of love goodness and generosity.

In this upside-down, paradoxical message of love in the midst of our suffering Jesus seems to condemn any venture for certitude and control, especially the religious kind.

Certitude is the opposite of faith. He acknowledges the children, the refugee, the sinners, the outsiders with complexities; these ones are invited to the table.

Of course, we need to start with order and rules to follow to keep us from chaos and being run over when we cross the street. But with wisdom and subtlety we also need to know those rules to then know how to break them properly.

Having a Sabbath rest day makes a whole lot of sense, but if your car breaks down on the road it makes more sense to try and fix it (Matthew chapter 12).

Jesus himself questioned many of the rules, many of the ways religion tried to stifle, in the name of righteousness, correctness and piety, the Jews two centuries ago.

I think it's wise to dig deeper, to embrace the complexities and mysteries of life.

We can then start to know that we don't need to know everything and leave the rest of it up to God. The Bible's first command has been so readily forgotten. 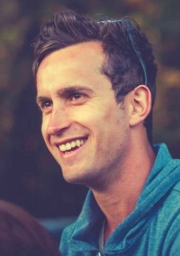 Brad Mills enjoys the outdoors and almost any sport... For a day job he's a journalist/builder/video editor and lives in Auckland New Zealand.

Brad Mill's previous articles may be viewed at www.pressserviceinternational.org/brad-mills.html