Let's cut the drama and be honest- we're not as unique as we may think. Sure, we all have our own one of a kind stories to tell, but when it comes to sin and the enemy's tactics, we are nothing special.

He clothes us in shame and tells us that no one else does this, tells us that if people only really knew us behind closed doors, they would reject us. What would happen if we ignore the lies that live in our minds?

Haven't I heard this before?

I once participated in an exercise with group of people, in which we all confessed to one another a sin or situation we had been struggling with in secret.

Initially, I was completely uncomfortable with the entire idea. Who would willingly participate in this? I grit my teeth and assured myself that I would not participate fully.

Yet, after only a few stories were shared, I already began to notice a pattern. The devil is many things but creative is not one of them. What we thought was our deepest secret struggle, often turned out to be our neighbours as well. Sure, maybe the situations were different, but the underlying roots were the same.

After that session, I can easily say I have never experienced more freedom. We could've shared with each other for days, feeling our burdens lift.

Here's the thing about sin- it's only powerful when it's a secret.

We are not alone

If everyone were to be upfront and honest about their struggles and sin, especially within the church body, imagine how different our outlook on redemption would be. We would be able to easily identify the sense of community around us, how we are not alone in our hardships, how many of us struggle with similar things.

Some sins are more widely accepted. Strange, but true. Although all sin is essentially equal in the sense of the consequences that follow, the church has decided otherwise. Gossip is merely making small talk, but homosexuality is a taboo topic in the pews. We prefer to turn a blind eye to the fact that many Christians are battling with sin because it makes us squirm sometimes.

This is not to say that we shrug our shoulders as to say, "oh well, everyone does it," but rather to build each other up in encouragement, accountability, and a deeper revelation for the power of Jesus to heal us. He is greater than anything the enemy can throw at us. What he intended for harm, the Lord intended for good.

At the end of the day, sin is anything that separates us from the love of Christ. It's a no-brainer that the enemy would use the tactic of shame to keep us from finding healing amongst each other.

The more open and honest we are, the more healing will be found by working as a church body to help each other in struggles. 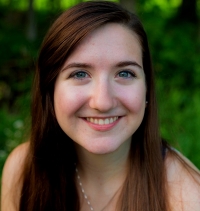 Miranda Bersaglio is a Canadian writer and filmmaker. During her free time, she can be found travelling the globe in search of a new story to tell.