The warehouse project that I had been part of in the last two and a half years, called the Mosaic Workshop, came to an unexpected end—and we also had to move out of the little home that we had been living in.

We moved out of our warehouse and our house all just a couple of days before Christmas.

My wife and I decided not to move into any specific place but instead have a bit of a nomadic time living between our parents' places and campgrounds. The funny thing was that if we had gone tenting at any other time people would have been really concerned, but we just joined in the mass city exodus of the summer and went camping.

After we had our fill of camping and felt the need to return home, it dawned on us that we did not really have a home. I also no longer had a space for work and Sierra had just finished up with her job too. We were completely at a loose end.

This was quite exciting but also uncomfortable.

When we felt the need to return to a 'home,' we were extremely blessed to have very accommodating parents. We were also very blessed to have some friends open their doors to us and let us use their spare room at Piha—it has the most amazing view!

Now, if you have never been to, or heard of Piha, it is one of New Zealand's most epic beaches. Its rugged beauty holds a magic that is hard to describe and people come from all over the world to see it.

So we moved in with our friends for an undetermined amount of time at Piha.

The first thing that we did when we got there was to go for a walk along the beach, which is just what you do out here. I have been surfing out at Piha for over ten years and have literally walked its shores a thousand times, but in a matter of minutes our friends were taking us to a place we had never been to before.

Just as the sun was setting we climbed up round the cliff to the south side of Piha and came to a place known as 'the Tennis Court.' It is called the tennis court because it has this cool moss growing that makes it like a tennis court. Just past there is an epic cliff that I can only describe as magic.

The sky was golden, the wind was firm, the sea was dancing, and I was filled with wonder. I thought it was funny how I had been to this beach a thousand times before but had never seen this place.

I wondered how many other amazing places I had been right next to but never quite seen. I'm sure the world is full of these kinds of places.

For me the moment was profound.

It felt as though the Kingdom, or heaven, or something great was dancing with us in that sunset. It felt like I was in a whole new world, a never-seen-before place, swirling with the new and the beautiful.

In reality I was just round the corner from where I had always been. I discovered the new in the old. I reflected how this is kind of what Jesus does in people's hearts, helps them find the new in the old, the magic in the mundane—the hope in the grey.

And I just sat on the magic cliff, watching the epic sunset, thinking it was all pretty cool.

As we start this year I hope to find, and help others find, more of the new in the old. 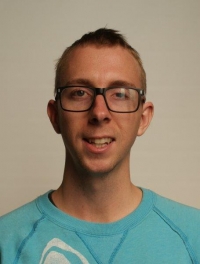 Jared Diprose is a self-employed Artisan. He has a degree in Theology, and believes that words shape worlds. He is married to Sierra. You can see some of his work at www.jareddiprose.co.nz or on instagram '@jareddiprose.'