According to various self-help sources, it takes exactly ninety days to lay a bad habit to rest. Though I had known this for some time, this fact piqued my interest all over again after watching an intense drama about an alleged alcohol abuser.

During a scene, which took place in an alcoholics' anonymous session, one of the characters proudly revealed how close she now was to her 90 day sobriety goal. As the other ex-alcohol abusers revealed where they were on that same timeline, I wondered if this 90-day challenge would work for all types of bad habits.

As Christians, contrary to popular belief we often find it difficult to spend quality time with our Heavenly Father. This happens for various reasons, and is something that I have often struggled with throughout my walk with Christ.

So, on the 18th of October 2016 I embarked on a 90-day journey to break the bad habit of not spending enough time with my Heavenly Father, and to start a new one by doing the opposite.

I decided to write a letter to God every day for 90 days. The length did not matter, but I found that once I began to write down my blessings, I could not stop. I also made some slight changes to my prayer life, by audibly and plainly talking to God as though He was sitting next to me.

In terms of Bible reading I did not have a solid plan; however, shortly after starting the journey, I felt prompted to finish reading the New Testament. As one who loves a challenge, finishing the books that I had not read before was very exciting.

My habit breaking and forming journey was going well, I was enthusiastic about reading my Bible and I was extremely proud of my general consistency so far. I knew that this could easily become my new lifestyle.

However, on day 8 of my journey, I got news of a possible storm. One that I had never anticipated in my lifetime, nonetheless, I remained steadfast and prayed against it.

Unfortunately, its waves came crashing down anyway, and to make matters worse this metaphorical storm flared up and died down repeatedly for the entire first half of my journey, each time a bit stronger and causing me even more pain.

How coincidental that one of the biggest crises of my life would occur in the midst of my 90-day journey. Yet, as one who does not believe in coincidences, all I could do was smile at God's foresight.

In the Midst of the Storm

As I tell my story, I would love to say that I braved the storm with my eyes focused on heaven the entire time, but that was not the case. The truth is, that like Peter walking out onto the water to meet Jesus, I took my eyes off him and panicked.

My anxiety then seemed to extract some of the worst parts of me, and I could safely say that I began to dislike myself. Everything seemed to be crumbling around me and I was weak and tired.

Around this time, I lost my zest for finishing the New Testament but never for writing letters. On some days, the letters turned into poems that flowed from my mind all at once and were scribbled down with a penmanship that only I could interpret.

During this time, I came to realise that even this was a part of God's plan. He was revealing me to me, so that I could work on some of the things that were preventing me from having fuller intimacy with Him.

Lessons and Realisations from the Storm

As God worked with on some of my issues, he also brought many other things to my knowledge, some of which I want to share with you.

1) The Lord works on us one step at a time. He does not force all our issues on us at once, though we often do it to others.

2) Choose your battles wisely. Not everything and everyone deserves a response.

3) Be careful what seeds you allow to be planted in your heart. These seeds come in the form of advice, videos we watch, things we listen to or read and people that we hang around.

Though I did not think that many of the funny Instagram videos or television shows that I was watching really affected me, I was startled to notice the exact behaviours manifesting in my life.

4) Finally, before committing to something that you think God may want you to do or to be a part of, consult Him. I cannot stress enough, the importance of making sure that what you are doing is actually in God's will and not just your own.

As I write this article I am 10 days' shy of completing my 90-day journey, and still nowhere near perfect. Yet, I rejoice in knowing that perfection is not what He requires of me, but devotion.

Just like the Levites, mentioned in the book of Malachi chapter 3 verse 3, I see myself as a piece of silver that God is so carefully refining and purifying every day of my life.

Although I cannot definitely say that I will never neglect my quality time with God again, I thank Him for having had great plans to prosper me when all I had in mind was a 90-day challenge. 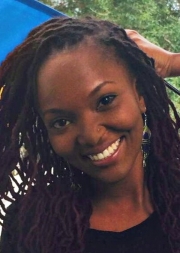 Danielle Jones was born on the beautiful island of Barbados to phenomenal parents. She currently works as an English Language teaching assistant at La Universidad Francisco de Paula Santander in the city of Cúcuta, Colombia. She hopes to be fluent in Spanish very soon, as well as to be an example of the love of Christ wherever she goes.

Danielle Jones' previous articles may be viewed at http://www.pressserviceinternational.org/danielle-jones.html