"We are going to be doing many things differently from now on," promised Netanyahu after the inauguration of Trump. But in recent months the divide between Israel and the anti-Semitic nations around Israel is expanding.

Trouble is looming on the horizon.

Arab leaders have accused Netanyahu of stepping up demolitions in Arab communities, which have led to protests in West Bank this month. Tensions continue to rise as Netanyahu condemned protests saying Arab citizens in Israel have a good deal "not just in comparison to Syria, but compared to many countries in the Middle East and the world."

However, Syrians and Palestinians largely see allegiance to the Jewish State as traitorous to their people, and condemn any 'peace' meetings working towards the goal of inclusion of Arabs into the Jewish state.

The support from the Trump administration to Jewish/Israeli sympathies is also angering the Arab world. Although it is only in the "beginning stages" Trump is putting in motion the pledge to move the US embassy from Tel Aviv to Jerusalem. The US Israel Ambassador, David Friedman, has already said he plans to work immediately from Jerusalem.

Morton Klein the president of the Zionist Organization of America has said "what is stopping [the move] is the fear, fear of Muslim terrorists" and that fear shouldn't be an issue anymore.

But that's not the only thing which has gone to rub the Palestinian state the wrong way.

Settlements are going full speed ahead after Trump's inauguration as Mayor Meir Turgeman stated "Now we can finally build." Almost immediately the approval of thousands of new settlements in East Jerusalem went forth, disrupting the Palestinians already living there.

These settlements were deemed in December 2016 as illegal by a UN vote but Netanyahu cried foul and claimed that the result would be even more Israeli settlements. He has been true to his word, and Palestinian Authority President has said it's "an obvious challenge" to the UN resolution.

Anti-Jewish resolutions continue to be made

Obama and the UN went aggressively after Israel before Trump stepped in as President. Obama made some sneaky deals just hours before leaving as President which included releasing about 291 million to the Palestinian Authority (which has now been frozen by Trump) and giving 1.6 million to UN organisations.

The UN talks in mid-January have continued to press the need for the two-state solution; something that Netanyahu and Israel have no intention of honouring.

In October last year, the UNESCO approved a resolution which said that the holiest sites for Jews in Israel do not belong to the Jews, as they are in "Occupied Palestine". The Temple Mount and the Western Wall by this resolution were denied any connections of Jewish significance despite the abundant historical evidence to the contrary.

Peace or no peace

Yes, there have always been tensions but I can see 2017 being the breaking point for those tensions as Israel cannot continue to defy UN resolutions without consequence. But for Bibi Netanyahu there can be no peace until Palestine recognises Israel, something he says they're "not willing to".

Netanyahu himself is in the midst of scandal which he and his wife received gifts from a Hollywood Tycoon Milchan which may lead to a possible indictment. Desperate times could call for desperate measures.

Trump called the Israeli-Palestinian peace the "ultimate deal" before he was elected and has made intentions known that he could be sending his son-in-law Jared Kushner to broker such a deal.

The Bible, relevant for now

Palestine, Jordan, Saudi Arabia, Egypt, Lebanon, Hamas/Gaza Strip and basically all those countries from which Trump is banning immigration are the nations listed in Psalm 83 that will come against Israel in a future event.

"Come," they say, "let us destroy them as a nation, so that Israel's name is remembered no more." (Psalm chapter 83 verse 4)

Trump has promised to go back on the JCPOA (Joint Comprehensive Plan of Action) which is known as the Iran nuclear deal, condemning Iran sponsoring terrorism and aggressively trying to dominate the Middle East.

With the support of the Trump administration and no hope of future peace, I can only see the result to be that these nations plot in secret to destroy Israel. They will not bow to Israel and her allies.

We are just barely scratching the surface at the start of this year for a problem that will not go away. Will Jared Kushner be sent to broker a peace deal or will there be a war resembling that described in Psalm 83?

Either way, we are close to seeing the fulfilment of what the Bible promised would happen, one way or another. 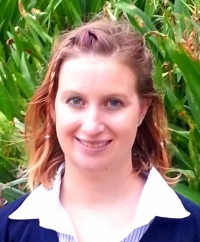 Bridget Brenton's previous articles may be viewed at http://www.pressserviceinternational.org/bridget-brenton.html