Just after Christmas, I was having breakfast with a friend, and was sharing with her about my struggles between the way that I am naturally wired, and the way that I desire to be.

It was a tension that I have been considering for quite some time, and through our conversation, the antidote to such a struggle became evident: living with intention.

Throughout my late twenties, I've become more and more aware that I have often allowed life to happen to me. My life was set to autopilot and I was in the passenger's seat.

I might dream of habits I wish I had, or wonder what it would be like to be someone whose life was characterised in a particular way. Yet as the years speed by, I become more and more aware that those things don't come about by themselves.

A life of intention

I have a natural tendency to work to deadlines. The biggest motivation comes from the pressure of something being due. I have wished that I could get things done early and avoid the 'last minute' stress, but living on autopilot meant I succumbed to the idea that 'I wasn't made that way' as an excuse.

The thing is – too much stress in my life causes migraines. So I've had to make the decision to intentionally find a way to work ahead of deadlines. It means prioritising the commitments in my life, and purging things which don't add sufficient value for the time they require.

Living with intention means that my life will look different in a few years' time, even a few months' time. Different in a good way – but not without developing the discipline of self-control.

The discipline of self-control

If you were to ask what it was that God spoke to me about most in 2016, my answer would have to be 'self-control'. It was a fruit of the Spirit that I had been choosing to ignore. There are lots of areas of my life where self-control is clearly lacking.

By the end of the year, it became clear: self-control was the key to fulfilling my desire to be able to become the person I wanted to be.

The discipline of self-control would allow me to switch off the autopilot, to live with intention, and to be transformed into the person I desire to be. Admittedly, this is not something I can do alone, but by the work of the Spirit in me, cultivating His fruit for the glory of God. 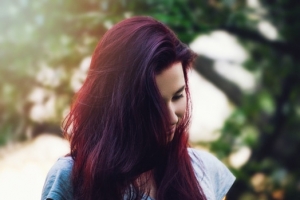 Chloe is an Australian writer. She loves weekend breakfasts with friends, and embraces life as an extrovert, a detail-oriented thinker, and a verbal processor.

Chloe's previous articles may be viewed at http://www.pressserviceinternational.org/chloe-alexander.html