What a surprise it has been for many people this last year. The fantasy utopia, under construction by left wing liberals has been dealt some shattering blows, with, in all probability, a few more to come in 2017.

The election of Donald Trump, together with Brexit, has sent shock waves through the leftist, gender, culture and truth fluid circles. Tears and tantrums have been a plenty, as those who feel entitled to change the world, have found that there are others out there who believe that wanting change does not entitle you to actual change.

A horse that wants to be a flying unicorn is better off coming to terms with the fact that it is just a horse, and there is nothing wrong with that.

The progression of left wing laws and agendas has just hit a serious roadblock. The youth and technological savvy, which, have up until now been used for the advancement of the lefts purposes, has hit its first glitch.

To date, the left has extended its tentacles over every media and mass influence tool available, in order to 'progress' the backward masses. Yet in including so many everyday people in it's web of entrapment, their prey finally became bigger than the predator.

Hollywood celebrities, who have been used as pawns to resonate left wing views and lifestyles across broad media outlets, are now subject to public scrutiny from others much more learned and intelligent than themselves - ordinary people, who up until recently, had no platform to express their conservative views.

Mainstream news outlets, as we see on both free to air and paid TV, present stories and immediately social media challenges their take on that news item. Over and over we have witnessed how people find an inconsistency and at the press of a button it is out there.

So many times the politicians and players, who emptied minds and morals to become pioneers of 'progression' find themselves embarrassed and reeling under the power of the people.

The backlash and blame game that has come after Trump's election as President of the U.S.A, has exposed just how entitled and out of touch many of the world's left wingers and elites are. In a way I can understand their feelings.

Consider how a group of people can be so influential their views sway the U.S Supreme Court to recognise same sex marriage, make the murder of babies in their mothers womb a virtuous thing for a woman to do, convince the world that we are overpopulated and climate change will kill us all, or even make us believe there are thirty different genders – any such group will certainly feel they can achieve and do whatever they want.

Could it be that this recent track record of victories has made the left and elites unprepared and unable to cope with defeat? They are genuinely shocked. Does their inability to digest defeat mean that all of a sudden swathes of people changed their minds or that Russia hacked the U.S election? Does it mean that evil has won and that racism is all of a sudden getting worse than ever? Does it mean we are being brainwashed by another Hitler?

It means that those conservative's who disagreed with left wing ideologies allowed certain things they didn't like for many years - because they valued and believed in democracy (everyone is entitled to their opinion).

It means that some people value the democratic process more than their favoured candidate. It means some people understand that sometimes you lose a round in the midst of a fight, but that doesn't mean you've given up.

It means that some still value law, even when others want to constantly change it.

All are invited to engage

Democracy, like social media, invites all to participate in its platform and power. Some are more savvy than others, and will use it for their advantage. Regardless of the abuses though, democracy and social media can still be used by everyone to voice their opinions and beliefs.

We must use it to our advantage, and use it quickly, as conservative and right wing beliefs - will now be rejected by the lefties and elites as 'fake' news - another case of sore loser syndrome stemming from some of these major media outlets as we have witnessed after the U.S election.

Whatever the election of Donald Trump means to you, I believe it represents a short window of free speech for the west.

There is a view abroad that the lefties and elites will do all in their power to engage as their right to revert us and our beliefs, impose their dangerous will and fatally damage the democracy that first gave them their voice.

'The Donald' represents many more people than we realise. It's a dangerous world in which to be the Donald and those who are supporting him. Keeping in mind the Scripture that there are no President or powers, but those who are placed there by God.

Let us therefore pray for our leaders, that they will use their platform for good, just as we do ours. 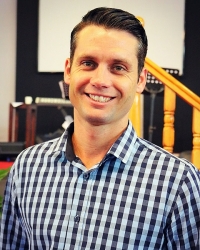 Joshua Robbie is currently serving the Lord under Pastors Ronnie and Shirley Naidoo of KZN Celebration Centre in Tongaat South Africa. He and His wife Rene' moved from Australia to South Africa in April 2016. Their desire is to help in whatever way they can so that the church can become all that God has purposed her to be. Josh also enjoys sports such as surfing, basketball and boxing.

Josh Robbie's previous articles may be viewed at http://www.pressserviceinternational.org/josh-robbie.html