What can I say? I do love a good inspirational story and, while it's impossible to post an entire novel on Facebook, loading little quotes every now and then is just as therapeutic.

I am inspired by people such as the Olympian and Japanese prisoner of war Louis Zamperini; I admire Malala Yousafzai for her stance on education for Afghani girls. And, most recently, I am in awe of the three African-American women who played an important role in helping NASA with their space missions.

Yes, you guessed it—I am in love with the movie, Hidden Figures.

But it's not just big Hollywood movies that leave me inspired. Sometimes it's just the actions of an average Joe that leaves me wanting more.

I was very inspired recently when I learned a friend had passed her lifeguarding certification.

Honestly, I have no idea how a busy mum of two teenage daughters, who works a full-time job alongside sporting commitments, has found the time and strength to pull such a feat off.

Her accomplishment has made me consider signing up for the surf lifeguard programme with my local surf club.

Of course, it will definitely be a year or more before I am fit enough to sit for their physicals, but her inspiring tale has left me with an end goal to work towards.

There is also another person who has had a very influential life, whose attitude and conduct I should aspire to emulate every day, though I probably don't pay attention to them in the same way I gush about Louis Zamperini or Malala Yousafzai.

Yet His life has undoubtedly changed lives and continues to do so.

As a Christian, you'd think I'd name Jesus as my number one Most Influential and Inspiring Person. Don't get me wrong, I love Jesus, but I often forget just how much of a mover-shaker Jesus really is—how much he inspires.

American pastor and author John Ortberg, in his book Who Is This Man?, writes that Jesus' foundational teachings such as love, forgiveness, caring for the orphans and widows, or for "the least of these," was responsible for the rise of a host of non-profit organisations we know today.

For example, did you know the Red Cross was founded by Swiss philanthropist Jean Henri Dunant, who found himself unable to stand the "sound of soldiers crying in the battlefield after they had been wounded."

He vowed he would devote his life to helping these wounded soldiers in Jesus' name.

And there was a Lutheran pastor in Germany, Theodor Fliedner, who trained a group of mostly peasant women to nurse the sick.

"This led to a movement of hospitals all over Europe, and this inspired a young woman named Florence Nightingale to give her life to care for the sick," writes Ortberg.

You see, I may have my post-modern heroes such as the likes of Zamperini and Yousafzai. These people make me want to go achieve more than just my everyday 9am-to-5pm routine. But the person I should truly glean inspiration from is Jesus.

There is so much wrapped up in Jesus to follow. I know—it's not easy. But it's not undoable.

My hero, the late Zamperini, was so touched by Christ, he sought to forgive his Japanese captors.

But what I loved best about Zamperini's life was how Jesus had touched his life and how his legacy was a life changed by Christ.

There is nothing wrong with surrounding ourselves with inspiring people. (God does put certain people in our path at a certain time to spur us on to our next step.)

"One of the best things you can do in life is to surround yourself with people who are better than you are. High-grade people. You will end up behaving more like them, and they in turn, will get it back from you. It's like a planetary system. If you hang around with people who behave worse than you, pretty soon you'll start being pulled in that direction. That's just the way it works. Who you choose to associate with matters."

But—there is still no substitute that can top Jesus in the Most Influential and Inspiring Person category. 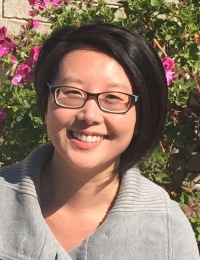 Michele Ong is a former regional news journalist with a passion to be a voice for the marginalised and disenfranchised. Writing is as essential to her as breathing and she believes words contain life which is to be used to inspire, inform, and influence readers. Michele attends Auckland's City Impact Church with her family on the North Shore.

Michele's previous articles may be viewed at http://www.pressserviceinternational.org/michele-ong.html