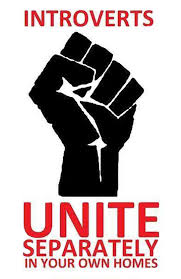 I'm a self proclaimed introvert who wanted to be an extrovert most of my life. I wanted to be around people. But, after being around them, I also wanted a couple days to "recover". It's in this process of finding who I truly was, that I realised I was scared of intimacy.

I think we live in a fearful generation. We are scared of intimacy. We are scared to get close to people, to really invest in their lives and to spend time with others. It's so easy in our society to hide.

Even while I'm out with others, I'm thinking about my life inside my quiet bedroom. Where nothing can disturb me and where my Netflix conveniently holds hundreds of episodes waiting to be watched.

Technology gives us an escape, to "be with people" without actually being with people. Television and social media can give us a sensation of community without the hassle, because people can be irritating. People are in our way, they cut us off while driving, they create lines in the mall and they are rude when all we want is to get a cup of coffee at our favourite coffee shop.

I'm back in the hectic northern Virginia, located right outside Washington DC. To describe this area as busy would be an understatement. I had to go to 3 different coffee shops in order to find an empty table to sit and write this article. And what went through my mind? "People, ugh. How did all these people find the good coffee shops?"

The same people that Jesus came to live with, and not just live with, but to die for. God "tickles" my conscious, speaks to my heart and shows me my fallacy.

What's funny is that I was in a Bible study recently talking about this very issue. We were asking questions like: "How do we love the people around us well? Especially when those people seem to get in our way or cause us inconvenience?"

It's as if God knew this situation would happen. And it happened only a couple days after my prayer "God, help me love each person well". It's paying attention to these apparently "random circumstances" that have really helped me understand how God speaks and teaches His children.

Let's take this idea of "being afraid of intimacy and how to deal with it" in a different direction. I think there are hundreds of ways people deal with intimacy and relational problems, most of which are not healthy.

Supporting my own opinions and biases

Obviously what each individual values and believes will shape their ideology and actions. This inevitably creates barriers between them and someone else who doesn't share those same beliefs. Each person will then find others that share those same similarities and surround themselves with those people. They will even do this on their social media, the news they look at, the books they read, etc. This in turn, builds up and supports those values in which were originally believed.

If a stranger enters into the vicinity of this particular individual (let's say in a coffee shop), it may be easy to have a "normal" conversation. They would talk about the weather, traffic, family and their careers. These things are agreeable. They haven't crossed the unnamed and undefined line of values or beliefs.

I would go as far to say, especially in the politically correct place that I reside, that mentioning something deeper can be considered rude or an invasion of privacy.

I want to consider this idea: that it's in these "rude" conversational topics that true friendship and depth of relationships is built. Realising that agreement doesn't define friendship, but the opposite. If two people can learn to love one another, even in the opposition of values, then friendship has truly taken place.

I also think that without talking about these things, the friendship can only go so far. Depth hasn't really been achieved if a conversation must stay away from values and beliefs.

As Christians we are called to believe certain things. And not just believe them, but to live them. Those things should effect every area of our lives, including the relationships around us. Not distancing ourselves from the truth of Jesus and His commands, but to value others the way Jesus did. And just as Jesus, present His truth to the world around us.

Challenge for myself and the reader: Let's not be scared of intimacy, but instead love the people around us by welcoming deep conversations. 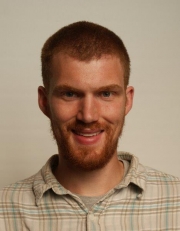 Jason LaLone was on staff at YWAM Brisbane and is currently in America working with Truro Anglican Church located in Fairfax, Virginia. He is passionate about discipleship, taking Jesus' command to make disciples a practical reality that he can live on a daily basis. He loves lasagna, cats and used to dislike Monday's, making him most like Garfield.