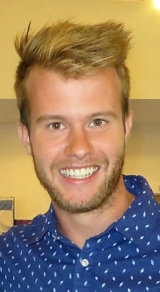 Moreover, Emma Seabrook the new internationals editor from Melbourne (Gippsland) is an Australian young writer and attended One Day in Melbourne in April last year.

As way back as 2012 the PSI young writer program included young writers overseas and in 2014 there were enough such young writers for them to be established in their own separate week.

The internationals in 2017 are retained as Week 1 of the Cycle system mainly because it is winter in the northern hemisphere. We 'down under' are in the midst of the summer break - it has little effect on the internationals (not summer holidays). We have have a full quiver of internationals for 2017.

As there was 1 point difference between the drawn 1st place (Genevieve and Paul) and 2nd place, Charis Jackson, an Outstanding award was struck.

Andrew was reading Theology at the Sydney Missionary Bible College in Sydney and did not fit into the residential New Zealand list and as an international student was placed into the internationals list. This has changed for 2017.

The panellists mark each international young writer article over the first 'five Cycles' of the program, that is January to July. The policy is to try and find former or current young writers as Panellists, three are in this group, Daniel, Nathanael and Danielle.