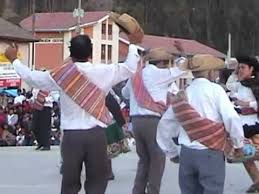 People from the city and region of Huancayo are among the happiest in Peru, according to a report by Jorge Yamamoto (link is in Spanish). One of the reasons given for this is that people in Huancayo work hard, but they also party hard.

There is a celebration, party or festival happening somewhere in the region almost every day of the year (festival calendar in Spanish here).

The celebrations fall roughly into four main categories, which I will summarise here:

Huancainos (residents of Huancayo) go all-out when celebrating milestones in life. The majority of the population is Catholic, and godparents are not only called upon for baptisms but also for graduations and weddings! Here are some family celebrations:

Catholicism in Huancayo is very inclusive: patron saints, angels, ancestors, folk-deities and miraculous apparitions of 'virgins' and 'lords' are all named and worshipped with shrines, prayers, statues, music, dance and beer.

Residents mostly select the particular set of 'gods' they want to look to in times of trouble, and Catholic services and festivals include prayers to the local saints, lords and virgins.

The most important 'saint's day' in Huancayo is 25 July, the day of Santiago (St. James the greater). People travel both nationally and internationally to be part of this week-long festival where groups of musicians and dancers parade through the streets in the iconic 'Santiago' costume and 'Huancayo' district hat, playing and singing Santiago music and dancing Santiago steps.

Although the festival is performed in the name of 'Santiago', it comes from a pantheistic tradition in which residents made an offering to the large mountain, believing that the god of the mountain, known as 'Taita Huamani' or 'Taita Orcco' protected their crops and herds.

By this, I refer to the common 'Western' festivals which come from a mixture of Roman Catholic Christianity and paganism. These are celebrated in style in Peru:

With so many festivals on offer, I am confronted with choices regarding which festivals I will and won't participate in, and why...

Will I celebrate all of them because they are fun, colourful and part of the culture?

Will I go with the family to the festivals they celebrate to build relationship, but not 'participate' in those festivals that are against my conscience as a follower of the One Living God?

Will I refuse to participate in any of the festivals, as none of them are Biblical, and sit at home celebrating nothing?

Our God loves to party

Fortunately, our God loves to party. In fact, he is the Lord of the Party! In the Torah (the books of Moses), the Lord in fact commanded the following regular celebrations:

While I do not look to God's law to save me but rather for instruction in godly living, wouldn't it be a great witness to observe God's festivals in Peru's party town, pointing those around me toward the amazing destiny God has for them in Christ? 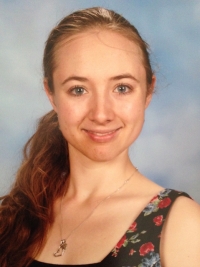 Rosanne Menacho has recently moved to Peru with her husband to spend time living with his family. She has begun apprenticeships in 'Latina house-wifery' (specialising in Peruvian cookery) and guinea pig farming (also specialising in Peruvian cookery!) under the tutelage of her mother-in-law. In her spare time, Rosanne enjoys playing music, dancing, translating and drinking herbal tea. Her heart is to worship and represent Messiah in spirit and in truth, and to see YHWH's Kingdom come on Earth.