As Christmas approaches so too the carols! Although not favoured by all, most people can at least pick a carol or two that they enjoy. One such carol for myself is the 'Coventry Carol', which covers the section of the Nativity narrative where Herod commands the death of male infants.

I was curious though as to the background of the carol. This was mainly sparked by its differences as it was particularly emotive and the text was written in the first person. I had always assumed it was a relatively old but had never looked into it further.

After some quick searching I quickly discovered that indeed it dates from 15th Century Canterbury, England. The carol was originally part of their local "Mystery Play" or "Miracle Play" which were medieval plays that told sections of the Gospel.

After leaving the web and turning to my bookshelf and the 1928 Oxford Book of Carols it would appear that the source of this carol, known as the 'Coventry Mystery Plays' were likely seen by Margret, Queen of Henry VI, Richard III and Henry VII. This places the play having been seen well over a century before the version we now hear, which appears around 1591.

A new lead though had also appeared. The 'Coventry Carol' was grouped into a set of Carols referred to as "Cradle Hymns". Examining this listing turned up another four carols sharing many characteristics with the 'Coventry Carol'.

The first and oldest of these is known as the 'Song of the Nuns of Chester'. Another medieval melody and text found in what is known as the 'Chester Manuscript' dated to around 1425. Although being printed with an English title the text is kept in its original Latin. The song sings of God coming down to earth, lying in a manger and all the hope he brings.

The second is a short carol by the name of "Lute-Book Lullaby" attributed to William Ballet. This carol is from the 17th century and features a beautiful polyphonic four voice setting common with English lute music of the time, for example John Dowland. This carol tells the birth of Christ in a stable from the perspective of an onlooker.

Third is 'The Virgin's Cradle Hymn' a text found by Samuel Taylor Coleridge on a trip to Germany. He later translated the Latin text to English and eventually published it suggesting that it could be sung to the tune of 'O Come all ye Faithful'. The text now has many modern settings. Of note is a flowing reflective setting by Edmund Rubbra for a four part choir.

The Fourth brings us back to a medieval text under the name of "Lullay my Liking" found in the Sloane manuscript (2593), dated to the 15th century. This Carol once again takes the perspective of on lookers seeing the events surrounding Christ's birth in a stable. The text also features a total of five verses with refrain. The text has also received numeroussettings, The setting chosen in The Oxford Book of Carols is by Gustav Holst, well known for his Orchestral Suite, 'The Planets'. His setting takes advantage of the flowing medieval text, using its pulse to direct the melodic contour into something echoing the Coventry Carol.

There are other Cradle Hymns that have been written. Away in a Manger or Silent Night perhaps and I've heard of a Cradle Hymn by Isaac Watts. Each of these five carols provides an alternative character to many carols we hear so regularly over Christmas.

They focus on the Creator God incarnate as a man, lying in a manger, darkness turning to Light and the hope that He brings for all mankind. 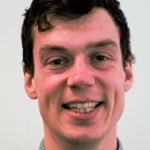 Sam Gillespie is a graduate Composition student and a computer programmer doing his Honours year based in Sydney. Sam has composed a number of works.

Sam Gillespie's previous articles may be viewed at www.pressserviceinternational.org/sam-gillespie.html