The following article is a combination of all the notes I've made from operating the XR18 over the span of a year I've been using it. In short, the following are a mix between my thoughts on the day to day operation the mixer and the conclusion of my review of the XR18 Digital Mixer. The previous sections of my review can be found:

Operating the XR18 is a mixed bag of feelings for me.

On the one hand:

o The Leisure Compressor is a great emulation of the "Teletronix LA-2A Classic Levelling Amplifier." I've used this compressor to address dynamic rage issues vocalists have or as a vocal buss compressor.

o The Wave Designer (emulation of a SPL Transient Designer) I've used on everything from vocals (again attacking dynamic range issues), adding live to guitars and on bass guitars. The Wave Designer is a Transient Modifier which is like a compressor that is triggered by the attack and/or decay of a signal.

o The Vintage Reverb effect (an emulation of the very heavy and expensive EMT 250) is the only reverb I'd bother using the other reverbs and delays have way too many parameters to be messing around in when you're a one-man tech crew.

* The channel EQ and Compressor are very intuitive and the touch screen interface allows you to quickly dial in both the EQ and Compressor on the Channel Strip. The RTA the shows under the EQ curve is also welcomed because it gives you a visual representation of what the sound looks like (both Pre and Post EQ).

* Most of the controls a Digital Mixer has (one with physical controls) have translate well to the touch screen X-Edit app; which makes the Mixer easy and quick to operate. There is still the issue of every control being hidden under al layer but that is a work flow quirk of most Digital Mixers.

* The Mixer sounds like a 48kHz Digital Mixer dose - flat preamps that don't sound coloured. I mixed on a Yamaha board recently and I much prefer the Midas inspired sounding preamps of the XR18 and X32. Below is a recording I did with the mixer and it's a decent reputation of how the mixer sounds.

The 18 by 18 channel interface is helpful for:

o Using a DAW for extra DSP processing. When you have this setup you still have access to the mixer's channel strip. Setting My daw up to use this was quite time consuming and I only used my DAW for DSP processing for one event I did.

o The Audio Interface is also incredibly flexible. You can record a combination (up to 18 different sources) of the FX Busses, Channels, Master Buss and the Flex Busses.

* The 6 flex busses help to tailor the mixer to the event you're doing sound reinforcement on The mixers routing options also give you more routing possibilities than an analogue console of the same size. It's also possible to reroute all the busses to different physical outputs.

* The Mixer has been well supported and has had several software updates since launch that have added and refined features. It's nice to see that Behringer are continuing to actively supporting the XR platform.

On the other hand:

* For me I can't live without physical Faders. Faders in the X-Edit software don't track completely with your finger which is frustratingly annoying. Because of this you can't move more than 1 or 2 Faders at once as. There have been many times where I have move a Fader and I've had to move my finger twice the length of the Faders Track to position the Fader.

* I also can't live without physical gain dials. Call me old fashioned but there's no way in hell I'd be able to ride the Gain Dials and/or Faders without something else being changed in the X-Edit app.

* For some reason the Faders are marked with linear markings which takes a while to get used to. This means that the bottom half of the Fader Track doesn't do much to attenuate the Gain Trim and results in the Faders having to be placed within the top half of the Faders Track before the volume of is loud enough to be heard in the mix.

* There is no on board effect that is a time delay so you need outboard gear to handle multiple speaker stacks positioned throughout the length of a large venue.

* There are limitations to the flex busses:

o For instance, if you want to use a Sub Group you must give up an AUX Send. On an 18 channel Console, I'd normally want to have two stereo Sub Groups. Therefore, on the XR18 I'd be left with only two Flex busses for monitoring or Effect Sends.

o The FX sends are locked into being only AUX Sends and you can't switch them to be Sub Groups. It's evident that the Effects Sends and Returns are dedicated to route to the internal FX Units.

o You can't shift the Low-cut filter from 20Hz position through the touch screen interfaces because it's hidden under part of the Graphical User Interface (GUI). Often, I'd have to shift it with a

mouse or spend 1 minute frantically tapping the screen before it would move from its hiding spot.

o Berringer do offer a control surface for the XR18. However, for the same price as an XR18 and X-TOUCH/ X-TOUCH COMPACT you could just about afford a X32 Compact or X32 Rack.

All up the XR18 is a good mixer. Behringer have made a good and reliable product that I've overall enjoyed using. It's evident that they have put a huge amount of thought into the; GUI of the X-Edit App, into the Mixers' hardware and into the work flow of the Mixer. The GUI of the X-Edit app is leagues ahead of anything Yamaha, A&H or Mackie are offering. As 16 Channel, Touch Screen Digital Mixers go XR18 is probably the best one oon the market in regards to usability and feature set.

While I do have a few problems with the GUI it's more of a personal taste problem and one that Post-Millennials (Generation Z) presumably wouldn't have. Am I going to keep the Mixer as my workhorse of choice?

The answer to that is no. As of just prior to writing this article the mixer has been sold and I'm planning to replace the mixer with an X32 Compact + DS16 stage box. The X32 provides the expandability I need, has physical controls but retains all the effect DSP and routing flexibility the XR Mixers have.

Even though I'm replacing the XR18 my touch screen control rig (the 10-point touch screen, intel compute stick and rode case) will live on as either as a monitoring controller; on stage, or as a quick way to adjust the FXs, EQs and Compressors from the Front of House mixing position. 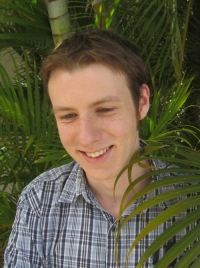 Zach Radloff lives on the Gold Coast and is studying IT and Multimedia at university, and is also a qualified Live Production, Theatre and Events Technician.