A new year brings with it abounding hope and optimism. But I'm afraid I'm going to be 'that guy' and say that despite everything modern culture tells us, our lives are not TV shows, and 2017 won't change that.

'Community' is one of my all-time favourite TV shows. Its six seasons explored the adventures of a young group of college misfits trying to find their way in the world. They hang out, laugh at everything, work through solvable personal dilemmas, and learn life lessons. During each season's end, they reflect on their year at Greendale College and had epiphanies about what it all meant—all except for the last season.

During the last season's final episode, the characters sit around a table trying to imagine how they could all return for another year at their beloved college. Even while they wrestle with possible scenarios, 'life' steps in.

One finds out she has been accepted for an FBI internship, and another realises the need to change colleges. Other characters realise that relationships will necessitate their moving on, and some just 'feel' Greendale is already becoming their past.

Though they begin accepting the prospect of unexpected futures, sadness settles on the group when they realise 'reality' has thrown them curve balls.

Even Abed, the character whose 'bit' involved seeing similarities to TV in everything, fails to see how their fun, frivolous, and intersecting adventures will continue. They are growing up, and beginning to realise life's precious vulnerability, and overall uncertainty.

Life not being all roses is hardly a new thought, but it's increasingly becoming less believed. Society represents the idyllic as the norm.

TV, film, and the advertising world present perfect pictures of life and self. Educators teach that everyone can attain the 'successes' of money, position, and perfect life-satisfaction and relationships.

Politicians run for office by promoting the idea that society can always be 'better', and citizens more satisfied. Even churches sometimes fall into the trap of embracing an unrealistic 'best life now' ideology.

Despite this reality, idealism is not necessarily harmful or wrong. A natural part of human nature is to desire happiness and love not complicated by trouble or failure.

Idealism only becomes unhelpful and destructive when it ignores life's realities. An overly idealistic view of life, which usually stems from inherited privilege (or the belief that privilege should be a right), leads to uncaring, unindustrious, and shallow people who believe prosperity and happiness should be an uninterrupted norm.

Such people are easy to recognise because they believe all of life's answers lie with them. If others are poor, "'pulling up bootstraps' will fix that", they tell them.

If sick, one should 'believe or self-actualise harder', 'see another doctor', 'eat differently' or just 'suck it up'. Single? Jobless? Alone? 'Look harder', 'present yourself better', and 'be friendlier'. Sad? 'Change your life'. Hurt? 'Get over it!' The list goes on.

But life isn't this simple, and is often not 'fixable' or ideal. Life is not Abed's favourite '6 seasons and a movie' catchphrase, and despite the best hopes of many, 2017 won't be either.

But this doesn't mean it won't be joyless. It's just that its meaningfulness will be all the greater because of the lows that'll inevitably accompany the highs.

As for myself, as idealistic as I am, I'm also realistic, so my new year's resolution is simple (see if you agree with me): don't let unrealistic idealism rob me of life's actual joys and purposes.

Despite imperfect relationships, I'll love family. Through misunderstandings, I'll value friends. Despite setbacks, I'll pursue contribution, achievement, and integrity. And above all, I'll love God and others intentionally, and never give up, no matter how 'realistic' life gets.

I encourage everyone to do the same. Happy realistically-idealistic New Year everybody! 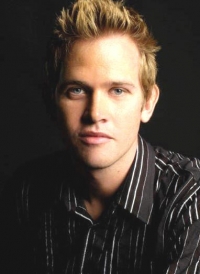 Tim's home is on the Gold Coast in Queensland. He has a Graduate Associate of Theology degree, taught in Christian Education for over six years, and is currently studying a Masters of Divinity in theology at Liberty University in the US. He enjoys writing, the beach, and watching movies.

Tim Price's previous articles may be viewed at http://www.pressserviceinternational.org/tim-price.html