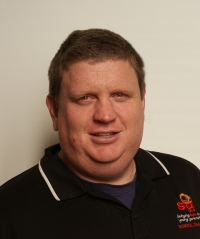 The criteria for young sport writers are

Keen on sport
Keen to writer about sport
A knowledge of spelling and syntax
Keen to have a go ....

The Australian edition has had a weekly volunteer sport writer since 2009 and four of those young writers are still with the program. Jeremy Dover (Melbourne), Wesley Tronson (Brisbane), Josh Hinds (Central Coast) and Rosie Timmins (Melbourne) who has transferred as one of the Australian sport panellists.

Each year a set of panellists mark the sport articles with points of out 10 for each article and at the end of the marking season they are collated for the annual Tony Dunkerley Sport Award presented at the annual sport awards.

Not only will they write and have published their monthly sport article, those sport articles will be marked by a set of New Zealand panellists for the annual awards.

Again, the criteria for young Kiwi sport writers are

Keen on sport
Keen to writer about sport
A knowledge of spelling and syntax
Keen to have a go ....

Moreover these young sport writers are writing sport, not theology.